China's Attack on Dollar: Silent Revolution in the World of Currencies? 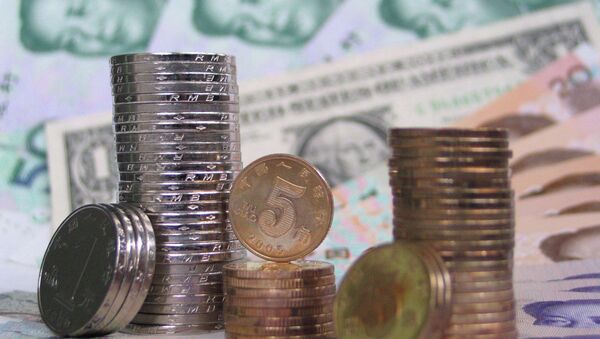 The currency basket will look as follows:

The move may lead to serious upheavals in the financial system, the article said.

With a future 10.9 percent in the IMF currency basket, China will become the third important currency in the world. At the same time, the proportion of the euro will reduce from 37.4 to 30 percent, posing a real change to the currency market for the first time in 16 years.

Yuan Love: China Prepares to Challenge Dollar's Dominance
According to representative of the Standard Chartered Bank Jukka Pihlman, China will witness a capital inflow of up to $1.1 billion dollars as a result of the yuan's inclusion in the IMF basket. Central banks, state funds and multilateral institutions will absorb the currency in their reserves.

Six of the ten largest central banks around the world have so far refused to invest in the Chinese interbank bond market. However, once the yuan is tightly integrated in the currency basket, some central bankers will reconsider their decision in this regard, Pihlman told FT earlier.

China has successfully used a long-term, inconspicuous strategy to become a major power in the world economy. The fact that the IMF added the yuan, the Chinese currency, into its basket of reserve currencies is more evidence of China's increasing visibility in US-dominated financial institutions.