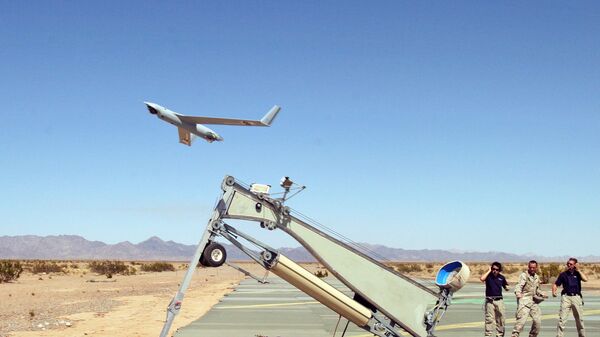 © AFP 2022 / Guadalupe M. Deanda III / USMC
Subscribe
The US Army has found itself in a “readiness crisis”: it has bet on fighting “dusty, messy and indefinite wars in the streets of Iraq and the mountains of Afghanistan”, while the armies of its adversaries have evolved and this “caught the US military-intelligence apparatus flat-footed”, according to the US media.

“Under Obama’s watch the military wasn’t ready for what it faces now,” reads an article in the US News and World Report, citing “some US defense officials”.

Boost in Pentagon Spending Raises Risk of Conflicts With Russia, China
Now it needs to keep up with not only Russia and China, but even Daesh jihadist militants.

The statement comes in a follow up to Defense Secretary Ashton Carter's recent announcement of a preview of the nearly $600 billion defense budget for fiscal year 2017, out of which $7.5 billion (a 50 percent increase over the current year) will be spent on the fight against Daesh.

Part of that increase is attributable to a $1.8 billion purchase of more than 45,000 precision weapons, including smart bombs and guided missiles, to replenish stocks depleted by the intensifying air campaign.

His remarks, in turn, followed the release of recommendations from a congressionally-appointed commission, the National Commission on the Future of the Army, which was created to study the future of the US Army.

Surprise, Surprise: ‘Russia’s Military More Advanced Than People Thought’
Last week it released a report with more than 60 recommendations for the US military. They include advice to once again permanently base tanks in Europe to offset the so-called “Russian aggression” and to establish a combat aviation brigade in South Korea for greater deterrence against its “increasingly belligerent northern neighbor”.

Therefore, Carter also outlined new priorities for the US Army, promoting Russia and China to the “top slots of America’s international concerns”. He called for new military deployments to Europe, which would effectively quadruple its military budget there. 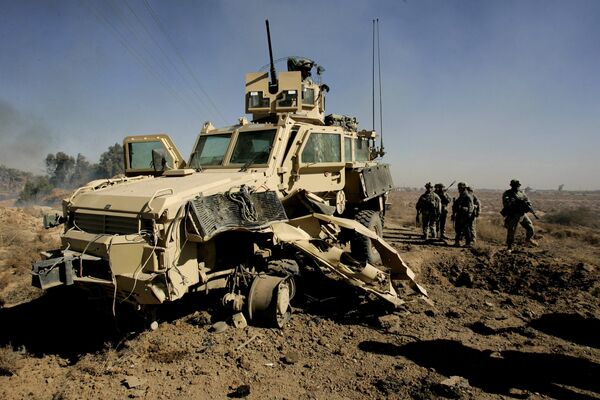 U.S. soldiers secure the area next to a damaged U.S. mine resistant, ambush protected vehicle (MRAP), after a roadside bomb explosion during an operation in the area of Al-leg, some 40 miles south of Baghdad, Iraq (File)
© AP Photo / Petros Giannakouris

“The problem? While the US focused for years on large-scale counterinsurgency operations in the Middle East – operations that prompted the development and production of more nimble and responsive equipment, like mine-resistant troop vehicles known as MRAPs, handheld drones and other gear American forces have determined they needed to fight dusty, messy and indefinite wars in the streets of Iraq and the mountains of Afghanistan – the armies of America’s enemies evolved,” states the article in US News and World Report.

Russia-China Alliance: What is There for the US?
Meanwhile, it sounds an alarm, stating that “Russia embarked on a program to strengthen and improve its military," adding “it invested in new highly advanced tanks, and planes that can launch multiple missiles at once and deadly surface-to-air missiles like the S-400 that it has since deployed to Syria.”

“At the same time, the Islamic State group employed military maneuvers more akin to conventional war than any other extremist group the US has faced, and combined it with insurgent tactics to flood across the border into Iraq, exploiting the Syrian civil war and the full US withdrawal from Iraq in 2011 to solidify its so-called caliphate in Raqqa.”

“And China’s projecting military strength, including its creating islands to support its naval and air forces, affects stability in the region perhaps more than any other single factor in Asia.”

“The events caught the US military-intelligence apparatus flat-footed,” it states.

Now the military under Carter’s watch has to find an answer and, unsurprisingly, suggests that an increase in military spending is the best solution.