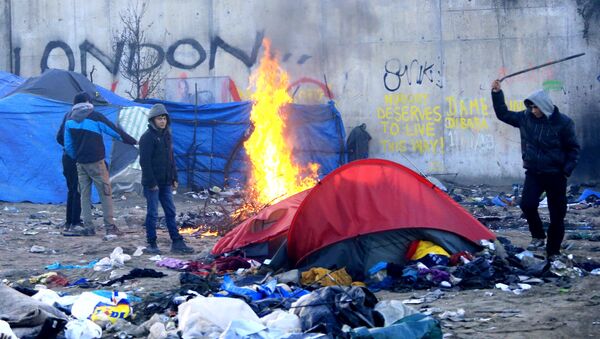 A British court has labeled the refugee camp in Calais, France, a "living hell". The detailed description of the camp has been revealed in a summery by the Upper Tribunal.

Decision to Let Syrian Teens Into UK Could Pave Way For More Refugees
The case involves a ruling by a judge that three Syrian children and a young adult living in the refugee camp in Calais must be allowed to live in the UK because they have siblings in Britain.

Ruling in favor of the migrants, the immigration tribunal ordered the Home Office to process their asylum claims as France had not already done so.

The court papers reveal the scathing sentiments of the Upper Tribunal on the migrant camp in France.

"The conditions prevailing in this desolate part of the earth are about as deplorable as any citizen of the developed nations could imagine," the papers revealed.

"The dangers include trafficking, violence, exploitation of unaccompanied children and the abuse, including rape of women […] Other sources of danger to human health include toxic white asbestos giving rise to the rise of carcinogenic disease."

The dire condition of the camp which barely accommodates around 8,000 people has been widely reported in the British media. "It is the largest slum in Europe and probably the worst," Francois Guennoc, a coordinator with charity L'auberge des Migrants, told London newspaper The Guardian. 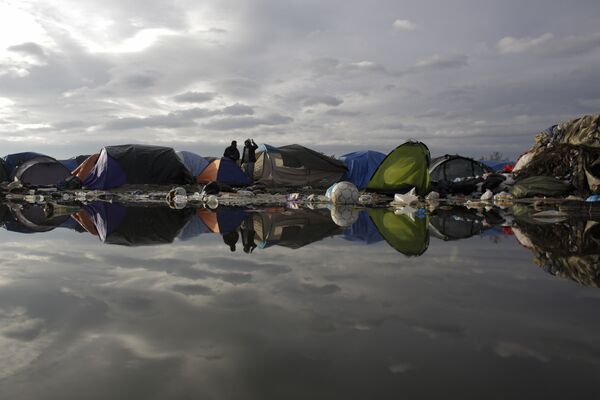 In this Tuesday, Nov. 3, 2015, file photo, tents and waste are reflected in a puddle inside the migrants camp near Calais, northern France
© AP Photo / Markus Schreiber

And according to Doctors of the World, the conditions that women and children are living in are "far below any minimum standards for refugee camps." Refugees living there told reporters they "feel like we are dying slowly."

masked agents of the state form a cordon around the church as the bulldozers move in #calais #jungle pic.twitter.com/hiBCN3gvvd

During the recent Tribunal, the British judge noted the "acutely inadequate" measures taken by the British government to protect people living in the camp.

It's not the first time the UK has been accused of putting border security before people. Britain's response at the height of the Crisis last summer was to spend ten million euros on fencing, floodlights security patrols and CCTV.

Mr Justice McCloskey states the "heavy emphasis on the primacy of security, public order, policing and breaches of the law" and the "plight and predicament of the human beings involved qualifies for secondary consideration only."

Under the EU's Dublin Regulations, an asylum seeker must make their claim in the first country they arrive in. Because the young Syrian family were living in the migrant camp in Calais, the Home Secretary said their claim must be processed in France.

However, the Tribunal ruled in 2014 that the British government must operate the Dublin system whilst respecting human rights. This meant the Tribunal found in favor of the Syrian asylum seekers and ordered the Home Office to immediately allow three unaccompanied Syrian children and an adult to be reunited with their family in the UK.

"The claimants do not have adequate access to the basic necessities of life to ensure that they are able to live with dignity. Instead they live under constant threat of violence from camp residents and the French authorities," the Tribunal found.

According to human rights group, Liberty, "Their cases demonstrate the importance of our [Britain's] Human Rights Act in protecting children and families, often in extremely dire circumstances.

"Cases like these are exactly why Article 8, along with all the other rights protected by our [Britain's] HRA, is so important."

The ruling has been described by campaigners as a "great day for families and a terrible one for people traffickers." The detailed summary of the Tribunal concretes the reputation of the refugee camp in France.