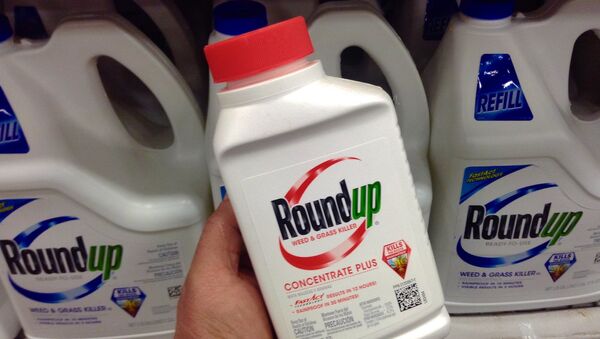 Agrochemical giant Monsanto has sued the state of California to prevent the main ingredient in the company's herbicide from being added to the state's list of known carcinogens.

Monsanto filed a lawsuit against the state Office of Environmental Health Hazard Assessment (OEHHA), seeking to stop it from adding glyphosate to a list of chemicals known to cause cancer, birth defects or other reproductive harm.

California law requires the state to keep a list of cancer-causing chemicals to inform residents of the risks of using products that contain those materials.

In September, the OEHHA said it planned to add glyphosate to the list after the World Health Organization's International Agency for Research on Cancer (IARC), based in France, classified it in March as a probable human carcinogen.

Monsanto disputes the assessment, saying that several decades of studies show that glyphosate is safe. The company cited a 2007 study by OEHHA that concluded the chemical was unlikely to cause cancer.

The multinational corporation's lawsuit claims that listing glyphosate as a known carcinogen, when based on IARC classification, grants regulatory authority to what the company claims is an "unelected, undemocratic, unaccountable, and foreign body," that is not subject to state or federal  oversight.

A listing would require Monsanto to provide a "clear and reasonable warning" to consumers that the chemical is known to cause cancer, damaging Monsanto's reputation and violating its First Amendment rights, the company said.

Roundup, a popular weed killer which uses glyphosate as its primary active ingredient, is used by farmers and homeowners around the world, and especially by large-scale corn and soybean growers. A wide array of environmental organizations and other many other science and academic critics question the chemical's safety. The weed killer grossed Monsanto some $4.8 billion in 2015.

Since the IARC classification last year, Monsanto has been named in numerous lawsuits accusing the company of having known of the dangers of glyphosate for decades.