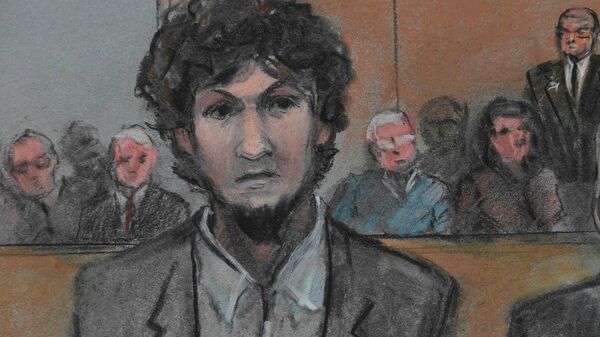 Judge Formally Imposes Death Sentence for Boston Marathon Bomber Tsarnaev
WASHINGTON (Sputnik) — Judge George A O’Toole, Jr. threw out 22-year-old Tsarnaev’s argument that he could not get a fair trial in Boston, where his actions on April 15, 2013 killed three people and injured another 260, according to court records that were unsealed on Friday, the Boston Globe reported.

The court records revealed that O’Toole also ordered Tsarnaev to pay more than $101 million in restitution to the Boston Marathon bombing victims. The judgement was symbolic, the report noted, as Tsarnaev did not have the money.

In December, Tsarnaev was transported to a US federal maximum security prison in the US state of Colorado to await his execution by lethal injection. A Boston jury sentenced Tsarnaev to death in May 2015 after a four month trial.