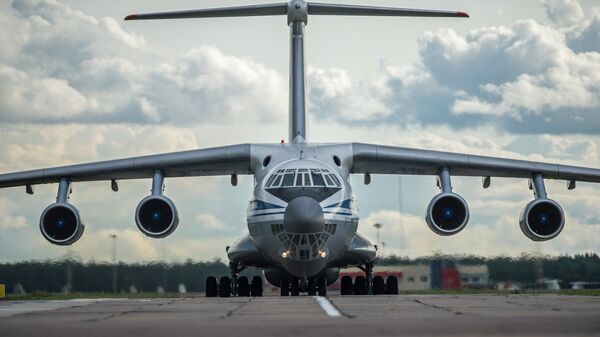 According to Russian Aerospace Forces spokesman, Russia’s military transport aviation has carried out over 280 sorties to deliver infrastructure for Syria’s Hmeimim airbase and has transferred almost 14,000 metric tons of cargo there.

"In preparation for the Hmeimim airfield’s infrastructure on the territory of the Syrian Arab Republic crews of IL-76 and AN-124 Ruslan [aircraft] have carried out over 280 sorties and transported 13,750 tons of cargo," Col. Igor Klimov told reporters.

Moscow has been carrying out a military campaign against the Daesh, also known as ISIL/The Islamic State terrorist group, which is outlawed in Russia and a number of other countries, since September 30, at the request of the Syrian President Bashar Assad.