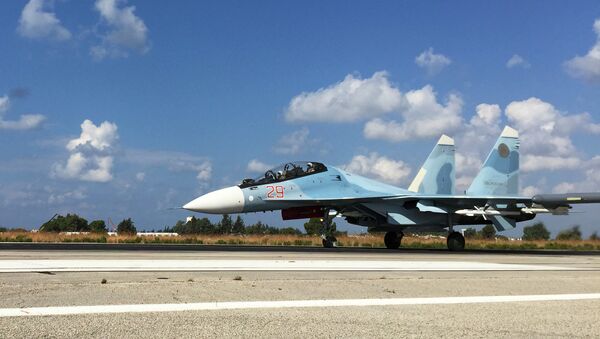 Russia's counterterrorism operation in Syria has made the achievements of the Iraqi forces possible in their fight against Daesh, political analyst Professor Stephen F. Cohen said during the John Batchelor Show.

This could sound surprising to some but consider this: Moscow's anti-Daesh campaign, according to Cohen, "has been denigrated and deleted in the US press coverage but it has been very-very successful." The analyst described Russia's contribution to the fight against Daesh as "tremendous."

Moscow has helped Damascus-led forces to strengthen their position so that they could tackle Daesh. The campaign has "also contributed to the wins (that the United States is boasting of) in Iraq," the analyst said, referring to the recent victory in Ramadi.

"The Russians were, though we don't admit it, our military partner in these wins in Iraq. And yet the other day the Pentagon announced that it still will not share intelligence about the whereabouts of jihadists in Syria with the Russians," he noted.

Daesh's Heat-Seeking Missiles: Next Round in 'Cat-and-Mouse Game' With West
Cohen maintains that the Pentagon's stance reflects the White House position that Assad must go, while Russia will make sure that this does not happen, because overthrowing Assad will mean "no Syrian army and no boots on the ground" against Daesh.

In addition, Russia has dealt a major blow to the terrorist group's main source of revenue. Daesh has long been considered to be the wealthiest terrorist organization in the world. The group's income has mostly come from selling oil smuggled from Iraq and Syria to the black market in Turkey.

Russian warplanes have been "pulverizing" Daesh's infrastructure, including oil trucks, Cohen noted. "That did terrible damage to Daesh."

Interesting fact: in its counterterrorism operation, Moscow has been using "technology that apparently the Pentagon did not even known the Russians had." Cohen is referring to Russia's cutting-edge cruise missiles and military aircraft, which Moscow has unleashed against Daesh since September 30.