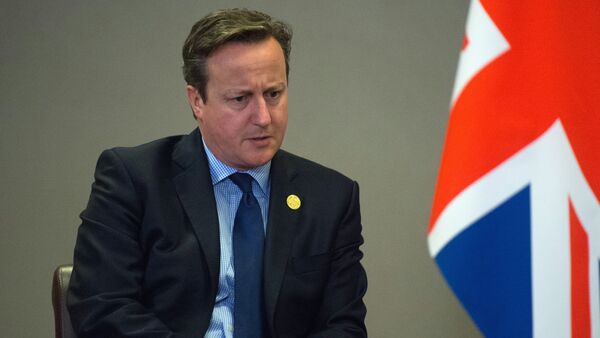 Human rights activists and opposition parties have taken aim at Tobias Ellwood, after he told the House of Commons that the UK's bilateral relationship with the Gulf kingdom was "one of the most enduring in the world" and "critical" to Britain's foreign policy agenda.

Killing Time: Saudi Arabia Executes 47 Terror Convicts in a Day
Along with Prime Minister David Cameron, Ellwood, who is a minister in the foreign office, has been accused of failing to satisfactorily condemn Saudi Arabia's continued use of the death penalty, after 47 people were killed in a mass execution over the weekend.

While being questioned by MPs over the government's response to the recent executions, Ellwood repeatedly refused to condemn Saudi Arabia for its actions.

Ellwood said while he expressed "concern" over the executions, they were representative of the "widely held conservative social values" in the Gulf kingdom.

Truly dreadful Statement by Tobias Ellwood on Saudi Arabia. Our relations are a national embarrassment.

Asked @Tobias_Ellwood exactly what Saudi Arabia would have to do to draw an official censure from the government. A confused & waffled reply

​'The Grossest of Understatements'

The government's response to the recent events has been heavily criticized by political opponents and human rights activists, with Liberal-Democrat leader Tim Farron describing the UK reaction to the executions as "the grossest of understatements" while calling for a review of UK-Saudi relations.

Credit to Hilary Benn, who amidst #reshuffle chaos is calling out government's shambolic relationship with Saudi Arabia.

The Conservative government has come under fire over the seemingly preferential treatment it gives Saudi Arabia when campaigning against human rights abuses.

Earlier this week it was revealed that the Gulf kingdom was left off a UK foreign office document of countries that could be criticized and challenged over their continued use of the death penalty, despite Saudi authorities executing more than 150 in 2015.

While diplomats were urged to encourage countries like the US and China to scrap the death penalty, there was no mention of a plan for Saudi Arabia.

Campaigners have also called for the government to publish the Memorandums of Understanding (MOUs) signed by the UK Home Office and Ministry of Justice with their Saudi counterparts.

"The UK Government's continuing secrecy over its dealings with Saudi Arabia is unacceptable. If the Home Office or Ministry of Justice are using public resources to support a state which is carrying out appalling human rights abuses, the British public deserves to know," she said.

​"It is also disturbing that the government is continuing to refuse to condemn the execution by the Saudi government of protesters calling for political reform. The minister claims that ‘foghorn diplomacy' doesn't work, but given the bloodbath last weekend it is hard to see how the UK's softly-softly approach is doing any good."