Iran Gets Ready for Explosion in Global Gas Market 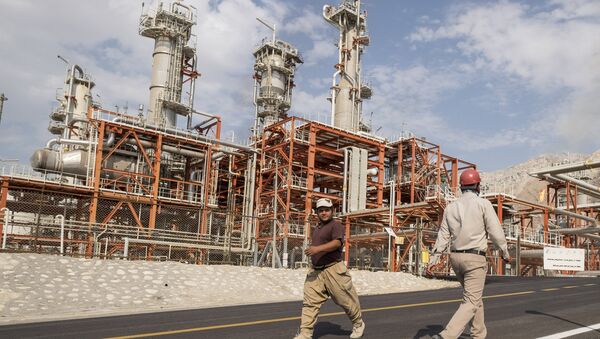 Zarif, Mogherini Gauge Progress on Iran Nuclear Deal
Iran is seeking foreign investors to buy into the Iranian gas industry in preparation for the eventual lifting of sanctions, after which it aims to become a major player in the global gas market, reported PressTV on Sunday.

"Our priority is first to export gas to neighbors, with less transit fees and pipeline installation costs. We first will try to saturate the regional market," the network reported Iran’s Minister of Petroleum Bijan Zangeneh as saying.

According to PressTV, Iran has already signed export agreements with neighbors including Iraq, where a pipeline from Iran will begin delivering gas this year to power plants in Baghdad and Diyala. Construction on another gas pipeline to Basra in southern Iraq is set to be finished in the next two years.

While Iran is Ripe for Business, US Firms Look Shut Out of the Profits
“With the execution of new projects, Iran’s aggregate gas pipeline length is expected to double to more than 70,000 kilometers, making it the third transfer network after those in Russia and the US,” reported PressTV.

“Natural gas will be the main fuel in the next 20 to 30 years,” said Azizollah Ramezani, international affairs director at the National Iranian Gas Company.

Iran also has plans to be able to export further afield to Asia in the future, and is seeking investment in related facilities to produce liquefied natural gas (LNG), said PressTV. Last year the deputy CEO of Gazprom, Russia’s biggest producer of natural gas, said that the company was one of those open to the prospect of investing in Iran’s LGN projects, after the lifting of sanctions.