While Iran is Ripe for Business, US Firms Look Shut Out of the Profits 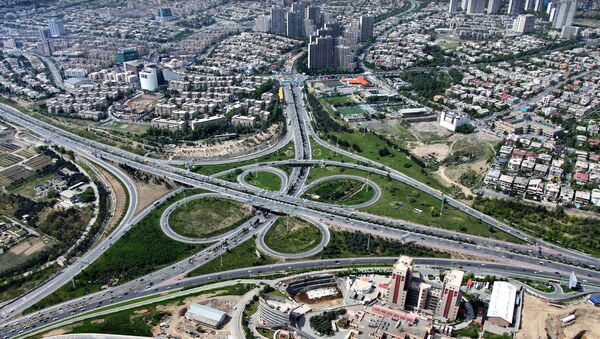 United States businesses are notorious for taking advantage of every global opportunity to make a profit, but Iran, now open to the West following a landmark nuclear deal in July 2015, will not generally be available to American investment due to ongoing sanctions.

Washington Shelves New Sanctions Against Iran
Companies in Europe, the Middle East and Asia are now looking to Iran, and many have taken steps to begin cooperation.

Business entities in the US may miss the first chance to do deals with Tehran when US economic sanctions are projected to be lifted in 2017. According to the terms of the historic nuclear deal, the US agreed to lift only those sanctions connected to Iran's nuclear activities, leaving most of the sanctions, especially those placed on economic sectors, in place.

Foreign subsidiaries of US firms are permitted to transact with Iranian companies. Legal, transparency and regulatory challenges pose some risk for those companies, but many appear willing to make that gamble.

Many in the financial sector will wait to invest in Iran until after the upcoming US presidential election, as the candidates state very different views on foreign commerce.

Instagram #RichKidsofTehran Shows Life of Iranian Wealthy Youth
Iran's GDP is expected to grow up to 5.5 percent this year, as long as Western investors and governments view favorably Tehran's ability to honor their commitments.

An early indicator of international optimism was highlighted by British chancellor George Osborne, who stated that, in 2017, a group of UK businesses are expected to visit Tehran. British intelligence analyst Glenmore Trenear-Harvey, on a fact-finding trade mission in October, said, "We were very much johnny-come-lately. So many delegations were already ahead of us."

"Americans, at the moment, are really going to be at the end of the queue… As often happens, politicians haven't the faintest idea of the commercial implications of bloviating."

"Very important for these firms is security," she added. "Even if the sanctions are lifted, if you're Chevron or ExxonMobil and you're sending American personnel to Iran, you're going to be concerned until relations are normalised."

Under the Joint Comprehensive Plan of Action regarding Iran's nuclear energy program, accepted on July 14 in Vienna, all of the enriched uranium in Iran has been removed under Russia's assistance.