Anonymously, Officials Admit Need for West to Work With Russia on Syria 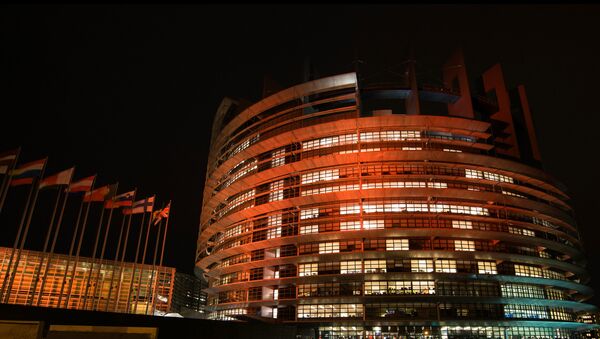 In its most recent survey of the 'Politico Transatlantic Council', a group of European and American diplomats, politicians and advisors "who wrote candidly on condition they be quoted anonymously," US-based political magazine Politico found that a majority – 53%, believe that the most effective way to defeat Daesh in Syria would be "to work with Russia and Iran on a diplomatic deal with Syrian President Bashar al-Assad."

US, Europe Residents Support Russian Counter-Terrorism Campaign in Syria
"The air campaign, two-pronged and uncoordinated as it is, will be counterproductive," one Caucus participant told the newspaper, adding that "an anti-Daesh alliance, including Turkey, needs to be forged following which further direct military action beyond just airstrikes could be launched."

At the same time, the Caucus was split over the prospects for a thaw in relations between Russia and the West in 2016, with 45.5% of the 76 officials participating in the survey expecting relations to improve, and 54.5% suggesting, for various reasons, that they will not.

"It is time to put an end to the sanctions against Russia and to build up instead a strategic partnership," one respondent told the paper. Another suggested that economic pressures including low oil prices "will push [Moscow] toward more cooperation with the West." Others were not open to such a thaw, one participant saying that "Russia is a basket case whose only agenda is nuisance" and bullying.

At the same time, only 16% of Caucus participants said that they were in favor of putting NATO boots on the ground in Syria, with another 9% suggesting the solution is to intensify the US-led coalition's air campaign.