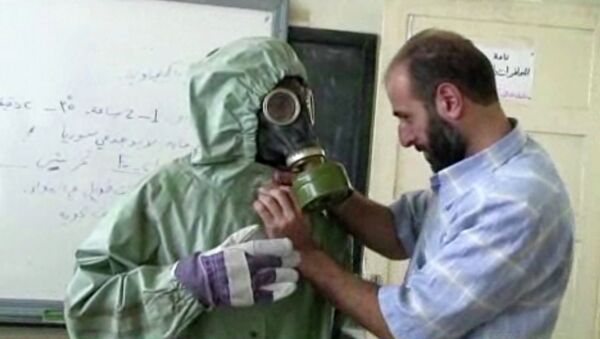 Eren Erdem, from Turkey's opposition Republican People's Party (CHP), was accused of treason after he revealed that Turkey knew about Islamic State-bound shipments of deadly sarin gas passing through its territory.

MOSCOW (Sputnik) — Ankara’s top prosecutor has opened a criminal investigation against a Turkish lawmaker after he revealed that Turkey knew about Islamic State-bound shipments of deadly sarin gas passing through its territory, Turkish media reported Wednesday.

Turkey’s Hurriyet newspaper said that the prosecution was investigating the scope of the data that Eren Erdem, of the opposition Republican People's Party (CHP), revealed to RT international news network in an interview on Monday. He is reportedly facing charges of treason.

Daesh Receives Toxic Sarin Gas Ingredients From Turkey – Lawmaker
Erdem claimed that components of the lethal nerve agent sarin were shipped to Islamic State (ISIL, or Daesh in Arabic) labs through Turkey in 2014, and Ankara did nothing to stop them. A Turkish criminal case into illegal shipments was unexpectedly closed, according to the lawmaker who spoke of a possible cover-up.

Sarin is a lethal gas, classified by the United Nations as a weapon of mass destruction. The Syrian government has been blamed for sarin attacks on civilian population in the past, leading to a UN-brokered deal that saw all precursor chemicals for the production of sarin removed from Syria.