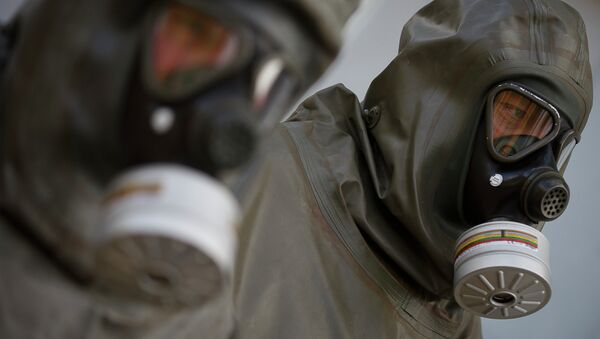 MOSCOW (Sputnik) — Eren Erdem, of the opposition Republican People's Party (CHP), addressed the parliament last Tuesday saying the government had failed to probe the shipment, and spoke to RT about a possible cover-up.

Could Washington Use Daesh Chemical Weapons to Justify Syrian Invasion?
Turkish security forces conducted raids and arrested 13 people in the case. All suspects were later cleared of charges, and the shipment took place immediately, Erdem claimed.

He said there was evidence that Turkey’s Mechanical and Chemical Industry Corporation, a state-run group of factories that produce chemical weapons for the military, was involved.

Sarin is a lethal gas, classified by the United Nations as a weapon of mass destruction. The Syrian government has been blamed for sarin attacks on civilian population in the past, leading to a UN-brokered deal that saw all precursor chemicals for sarin removed from Syria.