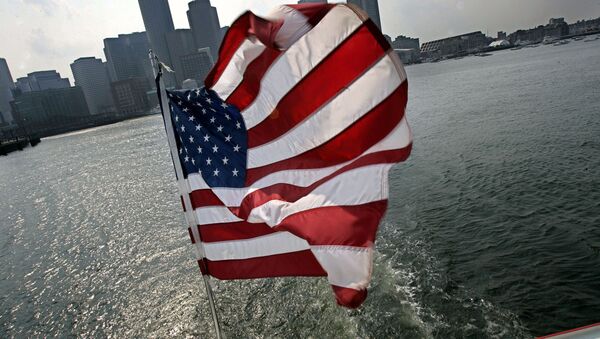 © AP Photo / Chitose Suzuki
Subscribe
The US has refused to join the Common Reporting Standard (CRS) which binds banks to share information about assets with tax services of other countries. Switzerland has accused the US of double standards and abuse of confidence.

On May 6, 2014, 47 countries agreed on a common reporting standard, an agreement to share information on residents’ assets and incomes automatically in conformation with the standard.

The initiative has been declared an effective way to counter tax evading by residents via transferring assets abroad.

On July 12,2015, 53 jurisdictions signed an agreement to automatically exchange information based on Article 6 of the Convention on Mutual Administrative Assistance in Tax Matters.

US Government: Pay Your Taxes or Cough Up That Passport
CRS will come into effect in 2017 and information sharing between the parties will begin 2018.

The US is currently opposing joining the mechanism but may sign the document in the future, Anne Cesard, a representative of the Swiss State Secretariat for International Financial Matters, told El Confidencial.

"The refusal means that the US is free to act as it like, but our hands are tied," she added.

Meanwhile, President Barack Obama explained the reasons behind the move. First, according to him, the Republican majority on Congress may block any initiative of this kind. Second, as the president said, the world has already worked out the similar mechanism – Foreign Account Tax Compliance Act (FATCA), allowing for sharing fiscal data, but not automatically.

However, there is a clear distinction between FATCA and CSR — FATCA is aimed at collecting fiscal data about US people for the US tax authorities. Thus while the other parties to FATCA must provide fiscal data to the US, the US itself can reject any request. As a result, foreigners holding their assets in the US are much more protected than in Switzerland, for instance, an article for Regnum news agency read.

CRS means that many countries which previously benefited from the opacity of the banking system would lose their attractiveness for foreign capitals.

There is no doubt that the Republicans and Democrats in Congress will delay joining CSR as much as possible since the current situation is lucrative for Washington.