Kunduz Attack: US Manipulated Into Hospital Strikes by Afghan Partners? 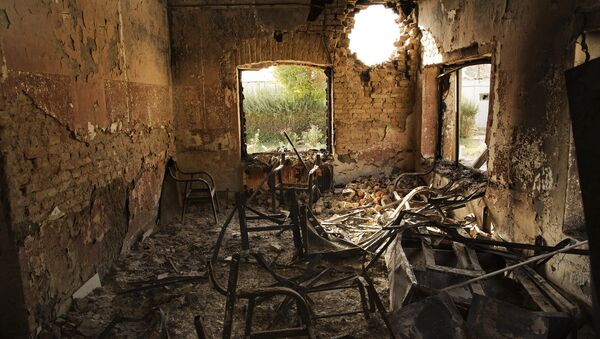 Two soldiers told a congressman that a US airstrike on an Afghan hospital in October was not accidental, as the Pentagon claims, but was a deliberate attack on what the military believed was a Taliban command center.

An American gunship fired on the Doctors Without Borders (MSF) hospital for more than 30 minutes, killing 31 civilians and destroying the building in what MSF is calling a war crime. The military characterized the strike as some kind of accident in reports that have changed over time.

According to a letter sent from Representative Duncan Hunter to Defense Secretary Ash Carter, two unnamed servicemen told Hunter that US Special Forces who called in the strike did not know the building was still being used as a hospital. Afghan forces, the soldiers say, told them it had become a Taliban command and control center.

"There were enemy in there," Hunter quotes one of the servicemen as saying. "They had already removed and ransomed the foreign doctors, and they had fired on partnered personnel from there."

MSF insists that there were no armed men in the hospital at the time of the attack, an assertion that has been supported by the US military's investigation.

US Blames Russia After Syria Slams Airstrike on Government Forces

The soldiers’ accounts suggest that the United States was manipulated by its Afghan partners into attacking the hospital, Hunter said in the letter to Carter.

The congressman wrote of his concern "that inaccurate information and poor intelligence was provided by Afghan forces – including information that was both incorrect and unverified by US intelligence and personnel."