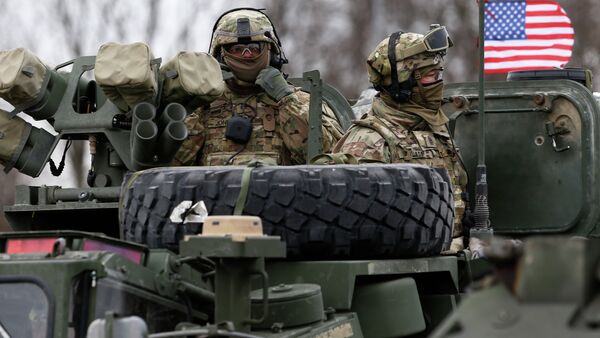 The Pentagon wants to dramatically increase the funding of its European Reassurance Initiative (ERI) under the too-familiar pretext of protecting its European allies from the non-existent Moscow threat or, as Geoff Dyer put it, "to send a message to Russia."

The exact number has not been made public yet but the overall mood of the US defense agency seems to reflect a desire to increase tensions with Moscow, although the White House does not necessarily share this sentiment.

"While details of the new budget have yet to be finalized, the comments by defense officials underline the deep skepticism within the Pentagon about Russia, even as the Obama administration attempts to find signs of common ground with Moscow over a political solution to the civil war in Syria," Dyer observed.

Pentagon Wasted Millions of Dollars on Luxury Afghan Villas
The $1-billion European Reassurance Initiative was launched during the deadly Ukrainian crisis, which the West blames on Russia. It is meant to boost America's military presence, intensify war-games and increase rotational presence of US forces in Europe.

The ERI is the backbone of Operation Atlantic Resolve, a program aimed at ensuring Washington's European allies especially in Eastern Europe and the Baltic that the US is committed to protecting them from Russia, although Moscow does not pose a threat to any country in the world and there are no reasons to think otherwise.

Russia has repeatedly voiced its concerns that NATO's blatant muscle flexing could undermine the fragile security and stability in a region once plagued by devastating wars and violence. The alliance, which many have said long since turned into an offensive bloc, remains deaf to these concerns.

"They [the Russians] will see these activities and they will see them in our budget. And they will start to understand, we believe, that this response is not making them any more secure," Brian McKeon, deputy undersecretary of defense for policy, told US Congress.

Russia Accuses US of Violating Nuclear Arms Treaty
McKeon also cited alleged violations of the 1987 Intermediate-Range Nuclear Forces (INF) Treaty as one of the reasons the Pentagon will increase the budget for Europe, Dyer wrote for the Financial Times.

The Russian Foreign Ministry has repeatedly dismissed these unfounded allegations and voiced complaints of its own regarding Washington's compliance with the treaty. Earlier in December, the agency said that the United States violated the INF treaty when it installed Mk 41 vertical launching systems in Eastern Europe.

The bilateral agreement bans the development and deployment of nuclear and conventional ground-launched intermediate-range ballistic and cruise missiles.

"We have grounds to regard land-based Mk 41s as cruise missile launching systems and their deployment on the ground as a direct INF violation by the US," the Foreign Ministry said in a statement.