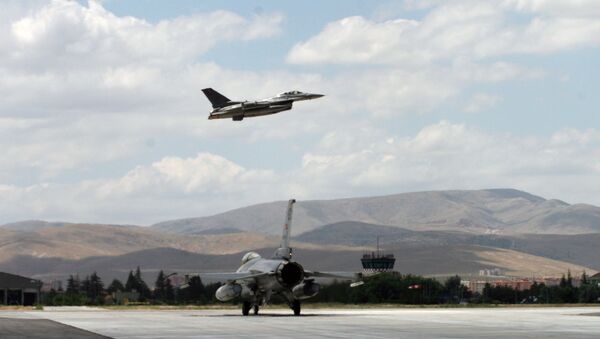 While Britain's Prince Charles has recently blamed the Syrian crisis on global climate change, the ongoing strife prompts many questions; what lies at the root of the Syrian war and what information was contained in secret dossiers which Putin handed Western leaders at the G20, political analyst Phil Butler asks.

Washington has long borne a grudge against Syria, Germany-based political analyst Phil Butler notes, adding that it was Bush's Undersecretary of State John R. Bolton who branded Syria as one of the "rogue" states in his "Beyond the Axis of Evil" speech.

"I began this morning reporting on Britain's next king saying climate change is partly responsible for Syria's civil war, and his blaming the refugee crisis and civil war there on drought… But Prince Charles' most stunning slip of the lip in this interview is not about Syrian wheat harvests going belly up, it's an offhand mention of the American 'Pentagon' totally out of context," Butler writes in his recent piece for New Eastern Outlook.

Russo-Syrian Forces Close to Cutting Off ISIL's Supply Routes From Turkey
The political analyst points out that the civil war which is "poisoning" international relations today has been going on since the times of the Arab-Israeli wars.

During the 1980s-1990s Washington had repeatedly labeled Syria as a "terrorist supporting nation" along with Libya and Iraq and imposed severe economic and political sanctions on Damascus for its alleged assistance to Palestinian insurgents.

"Later in 2003, despite Assad's assurances Syria would 'play ball,' the Bush administration went ahead with broad reaching actions against Assad's government," Butler continues.

In 2004 George W. Bush "slammed an economic fist" down on the people of Syria and in November 2005 extended economic restrictions, at the same time pouring about $6.5 million for "programs supporting democracy" into Syria and Iran.

US-Turkish Military Operation in N Syria Would be de Facto an Invasion
Two years later the US and Israeli governments authorized a covert air strike on Syria's nuclear reactor in the Deir ez-Zor region. The attack known as "Operation Orchard" was shrouded in secrecy for seven months after the raid. Whatever Washington and Jerusalem's motif, it was an armed incursion inside the borders of a sovereign state, the political analyst underscores.

In 2008 Syria was stuck by a devastating drought. The north-eastern Syrian province of Al-Hasakah was hardest-hit by the country's worst drought in four decades, according to the UN Food and Agriculture Organization.

The drought was followed by armed unrest in 2011. However, by no account could the natural disaster be regarded as the root cause of the conflict.

Since 2011 Western powers have enacted a wide range of sanctions, including "oil [production], construction, banking, luxury goods, and blocking property and visa rights of individuals which exacted a horrible toll on a once stable society," Butler emphasizes.

Instead of brokering negotiations between the parties of the conflict, the Obama administration has been adding fuel to the fire of the civil war, insisting that "Assad must go." No one in Washington was apparently bothered about the potential Libya-style scenario in Syria.

Siding With ISIL? Turkey Spotted Dealing With Radical Islamists in Syria
Butler stresses that "the White House and the Pentagon knew Turkey was probably responsible for the false flag gas attack intended to draw the US into Syria."

"Miraculously, Mr. Putin's spooks got their hands on samples of the Sarin supposedly used by Assad's forces to kill his own people. After determining the brand of gas used could not have been in Assad's inventory, the Russians turned the information over to MI6, which then warned the Obama team a new WMD b*****t story would not cover asses along the Potomac," the geopolitical analyst remarked with heavy irony.

"Is there a card left to play in the dirtiest poker game ever played? What was in those dossiers Putin handed western leaders at the G20? What has the NWO so scared or desperate, they'd sanction ultimate war?" Butler asks.

However, these are the questions only the Russian President can answer, he notes.

"We know damned well Prince Charles will blame it on a tumbleweed in the Syrian desert, or a sun flare, crop harvest, or locust plague," the analyst concludes with a touch of sarcasm.