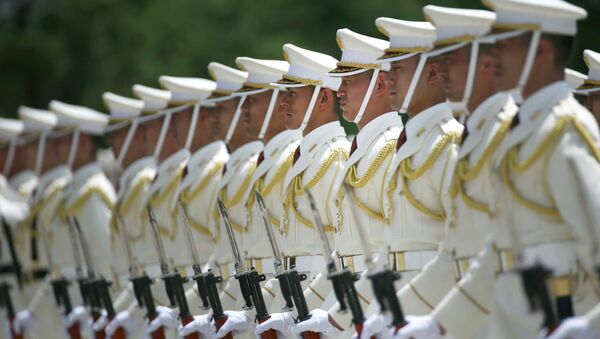 The heads of the defense ministries of Japan and Georgia signed Thursday a Memorandum of Understanding to develop military cooperation, Japanese media reported.

TOKYO (Sputnik) — According to the Sankei Shimbun newspaper, the document was signed during a meeting of Japanese Defense Minister Gen Nakatani and his Georgian counterpart Tinatin Khidasheli to Tokyo.

"Until now, the [bilateral] relationship in the field of defense had been at a low level. I hope that the exchanges in the military sphere will now develop more actively. I would like to support the strategic and partnership relations [with Japan]," Khidasheli said, as cited by the media.

Japan Resumes Relocation of US Okinawa Base as Construction Ban Lifted
According to the memorandum, the parties intend to conduct regular consultations at various levels, to carry out specialists training exchanges and support military technical cooperation, the media reported.

Khidasheli’s visit to Tokyo is the first ever visit of a Georgian defense minister to Japan. The visit will last until Saturday.