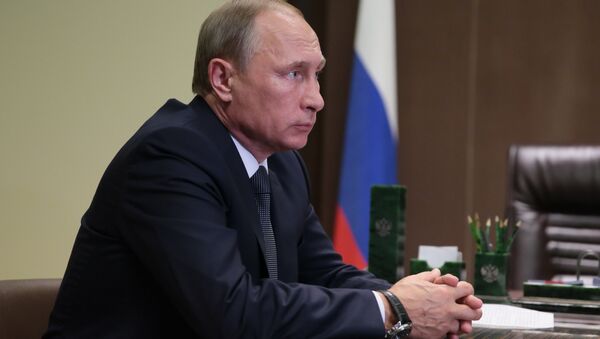 Vladimir Putin has declared November 1 a day of mourning.

Russian Airliner With 224 on Board Crashes in Egypt
MOSCOW (Sputnik) — Russian President Vladimir Putin has declared November 1 a day of mourning after the Russian Kogalymavia airliner en route from Sharm El-Sheikh to Saint Petersburg crashed on the Sinai Peninsula on Saturday, the Kremlin press service reported.

Earlier Putin expressed his condolences to the passangers' relatives.

“As a result of the air crash, which took place on October 31, 2015 in the Arab Republic of Egypt, numerous causalities were reported. Expressing sorrow and condolences to victims' relatives and friends, I declare November 1 a day of morning in the Russian Federation,” the Kremlin said, citing Putin’s statement.