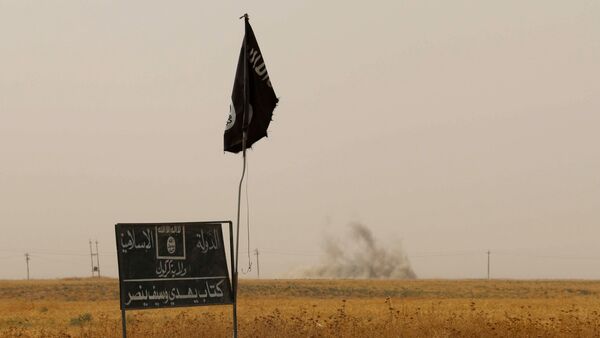 © AFP 2021 / MARWAN IBRAHIM
Subscribe
The Islamic State sells illegally produced oil to a network of actors that does not have unified management or coordination, a US State Department official told Sputnik.

WASHINGTON, October 30 (Sputnik) — This week, US media reported that the Islamic State was earning monthly oil revenues of up to $50 million.

"On smuggling, oil and refined products from Syria pre-dates ISIL [Islamic State] by many decades and utilizes a diffuse network of people that no one controls or has particularly good visibility on," the official told Sputnik on Thursday.

He added that the Islamic State "has tapped into this well-established black market that allows it to sell crude oil and start profiting at the earliest stage of production and throughout the value chain via extortion and levying illicit taxes."

Earlier on Thursday, Iraq’s Oil Ministry told Sputnik that the Islamic State has cost the nation’s oil industry up to 400,000 barrels of oil every day and billions of dollars by selling abroad at low prices on the black market.