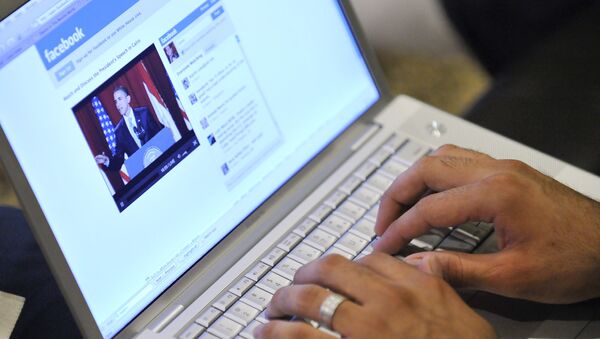 © AP Photo / Gus Ruelas
Subscribe
Leading international privacy and consumer organizations meeting in Amsterdam Wednesday have slammed the current system of privacy regulation labeling it a "failed policy" and "remarkably out of touch with the current legal reality."

In a statement issued today at the International Data Protection and Privacy Conference, the organizations praised the recent success of Max Schrems who won a landmark decision before the European Court of Justice, which struck down the Safe Harbor data transfer arrangement that allowed the personal information of Europeans to go to the United States without adequate legal protections.

"Digital rights organization and consumer NGOs call on the Data Protection Commissioners to refocus their attention on the need to update and enforce privacy law," the statement signed by a number of groups including the Electronic Privacy Information Center, the European Consumer Organization and Privacy International said.

Thousands of European Companies in Turmoil Over Data Transfer Ruling
The calls for better data privacy protection come in the wake of a series of legal challenges to existing data protection laws on both sides of the Atlantic that all followed on the revelations by former CIA contractor Edward Snowden about mass surveillance by the US National Security Agency (NSA), Britain's intelligence agency GCHQ and the Five Eyes alliance (Australia, Canada, New Zealand, the UK and US) which share intelligence.

The issue of mass surveillance became hugely important with calls for tighter regulation of the world's intelligence agencies. In the US, in June, the Senate passed the USA Freedom Act which — for the first time — imposed some limits on the bulk collection of telecommunication data on US citizens by American intelligence agencies.

German Spy Ring Scandal Turns Full Circle for Merkel: However, it has now emerged that both the NSA and GCHQ m… https://t.co/ZigCRxJeDZ

In Germany — where the issue of personal data protection is particularly sensitive — a diplomatic spat followed allegations that Chancellor Angela Merkel's phone had been tapped by the NSA. Then it was revealed her own chancellery was aware that Germany's own intelligence service was colluding with the NSA in spying on European companies and politicians.

A recent report from the London-based Royal United Service Institute criticized the complicated and often outdated laws in the UK regulating mass surveillance. The report said: "We have seen evidence that the present legal framework authorizing the interception of communications is unclear, has not kept pace with developments in communications technology, and does not serve either the government or members of the public satisfactorily.

In the UK, despite protests from privacy campaigners, UK Prime Minister David Cameron is pressing for legislation — known as the Snoopers' Charter — to allows for more mass surveillance via the so-called "emergency" Data Retention and Investigatory Powers Act 2014 (DRIPA) which it will replace.

In February, the UK Investigatory Powers Tribunal (IPT) held that GCHQ acted unlawfully by accessing millions of private communications, as collected in bulk in the US, prior to December 2014 — because until then rules governing the UK's access to such communications were kept secret. It was the first time the Tribunal has found against the intelligence services in the court's 15-year history.

In France, the government rushed a new intelligence Bill through parliament in the wake of the Paris attacks earlier this year, turning a deaf ear to strong opposition from rights groups, judges, tech companies, trade unions, lawyers and parliamentarians, as well as criticism from international human rights bodies, according to Amnesty International.