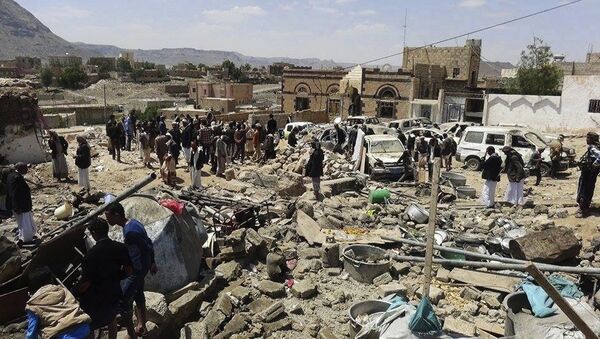 Militants from all over the Middle East arrived at the military camp Salah al-Din in the Yemeni city of Aden to join Islamic State and fight against Houthi rebels, a Yemeni security source told Sputnik.

"Hundreds of armed militants who came from other provinces of Yemen and from abroad started their training in the Salah al-Din camp in Aden," the source said on the condition of anonymity.

According to him, the exact number of the fighters is unknown. Approximately, there are about 1,500- 2,000 people who arrived in the city to join the terrorist organization.

ISIL Militants Transported From Syria to Yemen - Syrian Army
"In recent days, several planes with hundreds of fighters aboard landed at the airport of Aden under condition of high secrecy and reinforced security," the source said.

Earlier, it was reported that over 500 ISIL militants had been transported from Syria to Yemen on planes that had arrived from Turkey.

"They were transferred from Syria to escape Russian airstrikes," Syrian Armed Forces spokesman Brig. Gen. Ali Maihub said, adding that the fighters were “met by officers from the Saudi-led coalition who took them out of the [Yemeni] airport in three groups.”