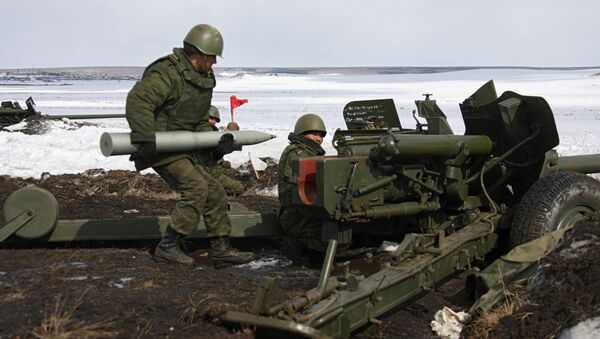 According to a military spokesman, the servicemen of the anti-tank artillery units of the mechanized infantry division of the Russian Eastern Military district took part in direct fire exercises.

"During the combat firing, units of the 100mm Rapira anti-tank guns struck static and moving targets in the range of 800 meters to 1.5 kilometers [0.5-0.9 miles], some of the firing tasks took place at night," Alexander Gordeev said.

According to the spokesman, the servicemen’s readiness levels and coordination of actions were also tested.

The Eastern Military District is one of four operational strategic commands in the Russian Armed Forces. The district was formed by a Presidential Decree and signed September 2010.