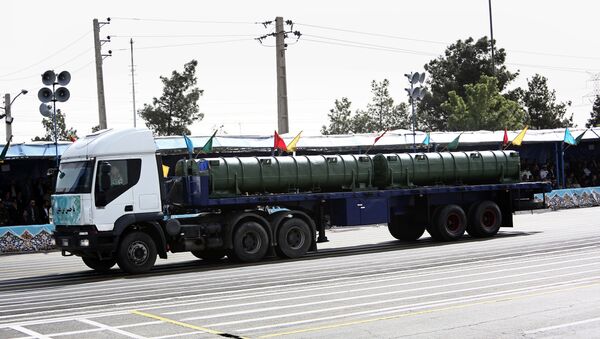 Iran Upgrades Homegrown Air Defense Missile System
In April the Iranian army displayed the Bavar 373 — a self-developed version of the advanced Russian S-300 missile system — during a military parade outside Tehran, according to the semi-official Fars news agency.

Tehran decided to design its own version of the S-300 missile after Russia postponed the sale of the anti-aircraft weaponry to Iran five years ago.

In April 2015, Russia announced it would finally lift the ban and deliver S-300 systems to Iran, in a move that would give the Islamic Republic’s military a strong deterrent against any air attack.

Moscow argued that a preliminary agreement between the P5+1 world powers and Tehran over Iran’s nuclear program rendered the ban on missile sales no longer relevant.

The Bavar 373 missiles are scheduled to enter service before March 2017.

During a recent visit to Moscow, Iran’s Defense Minister Hossein Dehghan called for cooperation with Russia, India and China to oppose NATO's plans for military expansion in Europe.