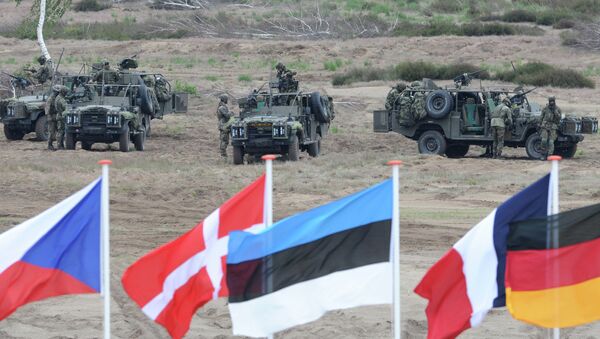 The US Army in Europe Commander stated that NATO respects the agreement with Moscow not to station bases close to the Russian border. But will these words come true?

MOSCOW (Sputnik) — NATO respects an agreement with Russia to not build bases near its borders, Lt. Gen. Ben Hodges, the commanding general of the US Army in Europe, said.

"The alliance […] respects the NATO-Russia Founding Act which said that no NATO bases would be established in former Warsaw Pact countries. It’s not a treaty but it was an agreement. And so I think in order to keep the alliance together there won’t be much support by most nations to put a NATO base closer to Russia," Hodges said in an interview with the Defense News weekly.

Russia has expressed concern over NATO’s growing military presence in Eastern Europe, warning that it is a threat to regional and global stability.