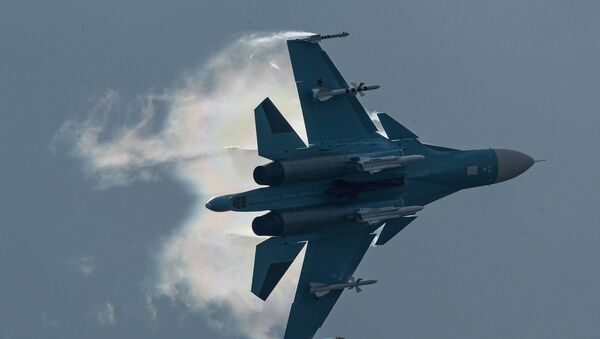 All the key issues of the Russia-US deal on safe flights in Syria were already agreed on and there are only technical points left to discuss.

BEIJING (Sputnik) — A proposed document on safe flights over Syria between Moscow and Washington could become a starting point for closer cooperation between the countries, Russian Deputy Defense Minister Anatoly Antonov said on Saturday.

"We believe that the document that we are currently developing and soon will finalize, it will be a good document. In the current circumstances it would be a sort of starting point for a possible expansion of our cooperation," Antonov said at the Xiangshan Forum on defense, which is being held in Beijing on October 16-17.

Antonov confirmed that all the key issues of the Russia-US deal were already agreed on and there were only technical points left to discuss.

The Russian deputy defense minister expressed his hope that all states comprising the US-led international coalition against the Islamic State (IS) jihadist group would observe the agreement during their airstrikes on extremists in Syria.