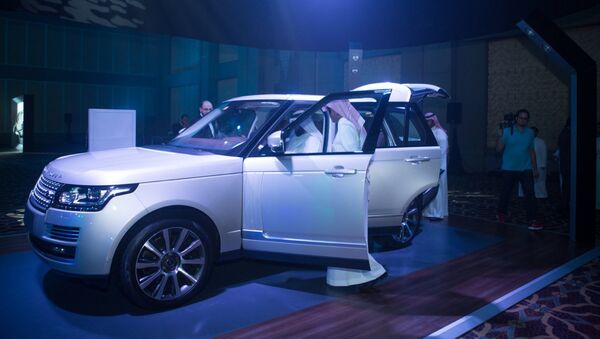 Trouble in Kingdom: Saudis Face Problems as Oil Wealth Shrinks
Halt new projects, stop compensation payments for property, cancel all promotions and appointments and even stop buying vehicles, furniture and other equipment… Sounds like panic, but according to the Guardian, these are the contents of a secret royal directive of King Salman to the finance minister, marked “Highly Confidential and Most Urgent” and dated 12-14-1436 (September 28, 2015 in the Islamic calendar).

The Kingdom’s public finances have suffered this year from fallen crude oil prices, on which the Saudi economy is highly dependent.
Some 12% of the Saudi workforce have jobs in the public sector, 2014 figures show.

“There has been a lot of lax fiscal discipline,” Steffen Hertog, associate professor at the London School of Economics, told the Guardian. “During the boom years there was a sense that money was endless. There has been significant overspending on all the national budgets from the early 2000s on, on average around 15% of the planned budget, and now the message is they won’t have that anymore.”

Who ever thought one day Saudi Arabia would issue bonds to sustain their economy, diversification has truly gone bad.

Kingdom in Crisis: Saudi Arabia Pulls up to $70 Billion from Global Markets
Over 90% of Saudi Arabia’s revenue is dependent on oil, and with prices dropping by more than 50% in the last year, the government is struggling to deal with the financial pressure. Other factors contributing to the weakening Saudi economy include its war on Yemen, as well as rising domestic spending in the country.

According to the International Monetary Fund (IMF), the desert kingdom is expected to end the year with a budget deficit of 20% of gross domestic product. The IMF also reported that Saudi Arabia’s economic growth is expected to slow in the next few years, as the government is forced to reduce spending.

An oil Baron on #radio4 "as soon as we invent a proper battery, the oil industry is over"….Saudi will return to a goat economy. Good 👏

As recent reports by Bloomberg point out, Riyadh has pulled no less than $70 billion from global markets. Further, the Arab world’s largest economy is expected to cut its investment spending, estimated at $102 billion, by at least 10% in the near future.