Fenced Out: EU Members Splashing the Cash to Keep Refugees Away 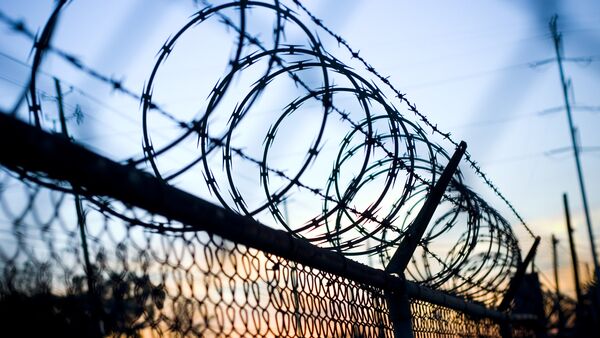 EU ministers are meeting in Luxembourg to once again discuss the refugee crisis and a return policy for failed asylum seekers. A leaked paper from the European Council says USD$904 million (€800m) will be set aside to help remove migrants who don't possess the right paperwork from the EU back to their home countries.

Leaked by civil liberties group Statewatch, the document says: "The EU and its member states must do more in terms of return. Increased return rates should act as a deterrent to irregular migration."

Meanwhile, 20 Eritrean migrants are among the first refugees to be relocated from Italy to Sweden under the European Union plan to redistribute 160,000 asylum seekers between member states.

Sweden has agreed to take 821 refugees from Italy and 548 from Greece — although other countries in the EU remain uncooperative. 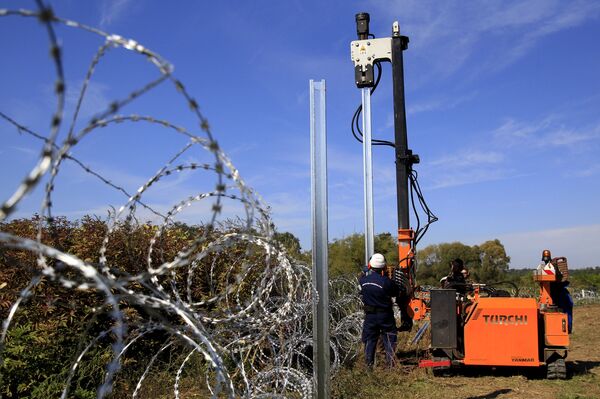 With heavy resistance towards the relocation plan, Hungary has instead invested around USD$113 million (€100m) in razor-wire fencing and border controls to keep refugees and migrants out. According to Amnesty International (AI) this is triple the amount it spends each year on receiving asylum seekers.

Hungary is being accused of attempting to isolate itself from the European refugee crisis by building razor wire fences and criminalizing those who manage to break through the border, returning them to the country they came from. All of this, according to AI is "at the wholesale expense of the respect for human rights."

"Hungary is a few razor-wire coils away from completely sealing off its borders with Croatia and Serbia. Even those that do manage to squeeze through the key-hole are almost certain to be returned to Balkan countries of transit."

The borders are flanked by soldiers, police are authorized to use rubber bullets, tear gas grenades and pyrotechnical devices, while armored vehicles mounted with machine guns and men with Special Forces style firearms are positioned along the border with Croatia.

Researchers have complied a report titled 'Fenced Out', containing testimonies from asylum seekers who have felt the full force of the Hungarian authorities.  Hiba, a 32 year old asylum-seeker from Iraq, suffered a fracture to her thigh after being pushed by a Hungarian police officer against a wall at a train station in Budapest.

"I have been living in uncertainty and stress for months," said Hiba, now in Germany.

"We are now waiting for a decision on our asylum claim but people [other asylum seekers] are telling us we might be rejected and sent back to Hungary and then back to Iraq. But there is no way how we can go back to Tikrit, it's not safe!"

What is Really Driving Migrants to Europe and What Risk Do They Pose?
Another asylum seekers called Dina, a 46 year old Syrian woman, held in custody for 16 hours without food or water, told researchers:

"They are treating us like animals, worse that animals."

According to Politico, German Chancellor Angela Merkel has slammed the attitude of Eastern European governments in response to the refugee crisis — but isn't free from criticism herself, for hastily opening Germany's borders to asylum seekers — and then imposing stricter controls.

Thousands of people from Syria, Afghanistan and Iraq continue to arrive in Europe on a daily basis.