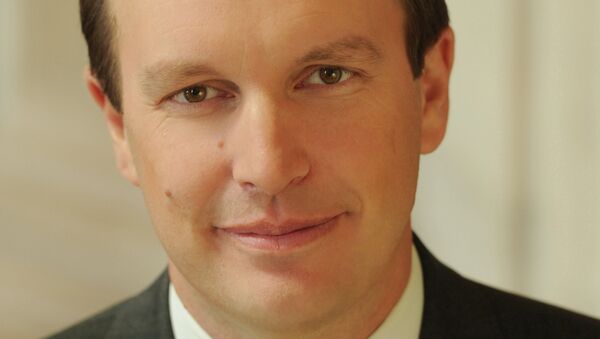 US Senator Chris Murphy claims that the money spent on the US train and equip program in Syria would be better used on resettling refugees and other humanitarian needs.

WASHINGTON (Sputnik), Leandra Bernstein — The money spent on the US train and equip program in Syria would be better used on resettling refugees and other humanitarian needs, US Senator Chris Murphy told Sputnik on Tuesday.

"I have suggested they [the Obama administration] take that money and put it towards refugee resettlement and humanitarian relief," Murphy said of the $500 million train and equip program.

McCain Claims to Be in Touch With Syrian Rebels
Murphy is the main sponsor of legislation that would end the Syrian train and equip program. The Syrian program received funding more than one year ago and has so far resulted in a fewer dozen trainees and only five active fighters on the battlefield, according to the Pentagon.

Murphy argued that the US "would get a much bigger bang for your buck" spending the half billion dollars to address the humanitarian crisis in the country.

The United Nations estimates there are more than 6 million Syrian refugees as a result of the civil war and ongoing conflict in the country.

The United States has contributed approximately $4.5 billion to humanitarian efforts in Syria, according to the US Agency for International Development.

"My concern from the beginning was that we were going to end up unwittingly aiding and abetting terrorist groups like al-Qaeda," Murphy said Tuesday.

He added, "I am sorry that my concern turned out to be true."

According to a number of international media reports, US-trained fighters in Syria switched sides to fight alongside Islamic State or al-Qaeda’s offshoot the Nusra Front.

In September, the Pentagon denied the reports of US-trained Syrian forces defecting. Pentagon spokesman Peter Cook did acknowledge that the United States could not say "with specificity" the whereabouts of all of its Syrian-trained assets.

Murphy is a lead sponsor of legislation to end the half billion dollar program the US launched in 2014 to provide weapons and training to Syrian moderates to fight against the Islamic State group.

The program, which received funding in 2014, has trained a few dozen Syrian fighters, of which only four or five are on the battlefield, according to the Pentagon.