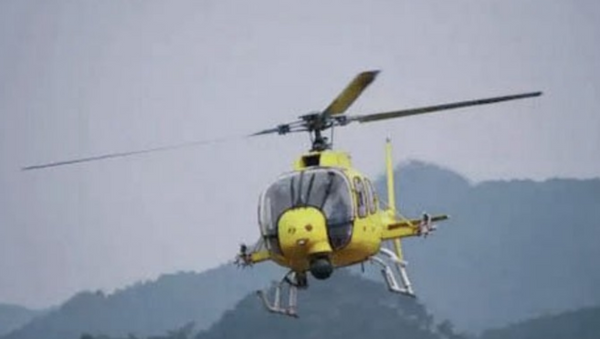 Designed as a military improvement over the AC-311, China’s Avicopter Z-11B made its first successful flight late last month.

In November of 2010, Chinese state-owned manufacturer Avicopter unveiled the AC-311, a single-engine helicopter capable of carrying up to six people.

On September 28, the company conducted the first test-flight of its military version, the Z-11WB. Maintaining the high visibility of the AC-311, the new helicopter has modifications which allow it to "carry out ground support, attack, battlefield reconnaissance, command, counter-terrorism, counter-narcotics, counter-smuggling, and other tasks," according to Chinese reports.

Early images of the aircraft also suggest that the Z-11B will feature an electro-optical pod.

If the new chopper is anything like the Z-11, a predecessor of the AC-311, then it will be powered by the WZ8D turboshaft engine.

Chinese reports indicate that the helicopter will be ready for operations sometime in 2016.

While the Army Aviation Corps of the People’s Liberation Army could be one major customer, it’s unclear whether other parties have expressed interest. In 2011, Argentina signed a deal with Avicopter to construct the Z-11, and there is no word on whether Buenos Aires will purchase the new aircraft.

The Chinese military is also hard at work upgrading its navy. Newly captured satellite images indicate that Beijing may be nearing completion of its first indigenous aircraft carrier.

Experts estimate the ship to be roughly 787 feet long and 114 feet wide, and "is in an advanced state of assembly," according to IHS Jane.

"The priority missions of building the aircraft carrier and nuclear-submarines have been carried out smoothly and with outstanding results," read documents published by Taiwanese media outlets.

The Z-11WB was tested in Jingdezhen, in northeastern Jiangxi province.