Wave Goodbye: Is World Due for Pummeling by Super Tsunami? 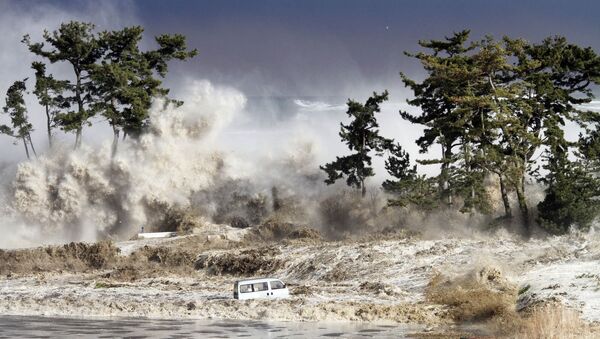 The Cape Verde archipelago was destroyed by a super tsunami that created massive waves of up to 300 meters high, according to a scientific report published in Science Advances.

The super tsunami was caused by the explosion of the Fogo volcano under the sea 50 kilometers away from the Cape Verde islands, the report said.

The tsunami hit the islands of Cape Verde around 73,000 years ago, scientists under the leadership of Ricardo Ramalho from Columbia University said. The scientists came to the conclusion after studying a series of unusually big rocks of marine origin. The rocks are the size of a minivan and weigh hundreds of tons, and are scattered around the islands as far as 650 meters away from the ocean at an altitude of 150-200 meters above the sea level.

The quantity, size and location of these rocks lead scientists to believe that they [the rocks] were the result of the powerful tsunami that tore them from the bottom of the ocean and brought them to the islands. 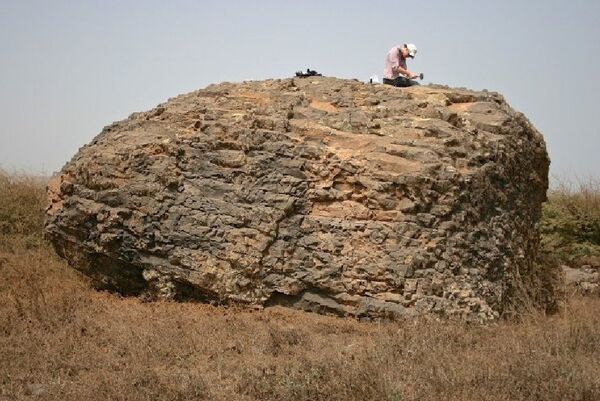 Then, based on this theory the scientists calculated the force of the ancient super tsunami by estimating the weight of the rocks and the length at which the rocks were hurled from the ocean, as well as analyzing the amount of helium-3 in the formation of these stones.

Thus, the scientists concluded that the tsunami was indeed an incredibly powerful one with waves reaching 300 meters. Judging by the location of the rocks and other sediments of marine origin, the tsunami destroyed the entire island of Santiago, the largest island in the archipelago.

In comparison to the super tsunami that destroyed Cape Verde 30,000 years ago, the largest known recent tsunami that devastated the coast of Japan in 2011 had maximum heights of "only" 30 meters.

Professor Bill McGuire, a tsunami expert from London, believes that super tsunamis occur only once in every 10,000 years. Now considering that the last one happened over 70,000 years ago, pretty much everyone living near the coast of the Atlantic Ocean should probably start worrying, as another super tsunami could strike at any time.