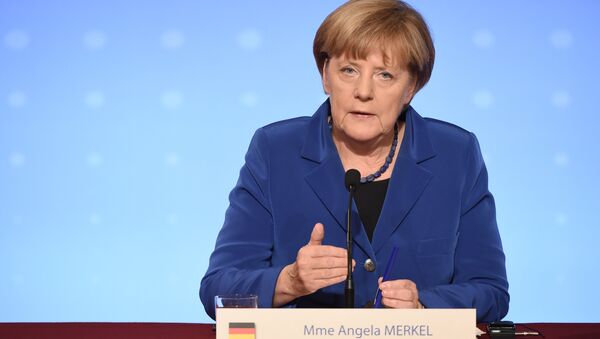 © AFP 2023 / STEPHANE DE SAKUTIN
Subscribe
International
India
Africa
Russia and the United States, as well as Saudi Arabia, Iran, Germany, France and the UK, can play an important role in the political resolution of the Syrian crisis, Angela Merkel said in an interview with radio station Deutschlandfunk.

She also stressed that the negotiations should involve representatives of the Syrian opposition and Assad’s government.

According to the German Chancellor, there is no correlation between the conflict in Ukraine and the civil war in Syria, except for the fact that in both situations Russian President Vladimir Putin plays an important role.

Russian Weapons in Syria Create New Political, Strategic Balance in Region
According to the politician, the recent talks in the "Norman format" brought "some progress" regarding the situation in Ukraine. The concrete steps are, however, yet to be implemented.

As for the Syrian conflict, Merkel stressed that Russia and the United States, as well as Saudi Arabia, Iran, Germany, France and the UK could play an important role by its resolution.

The German Chancellor also noted, the settlement of the Syrian crisis requires not only certain military efforts, but also political process. She noted that so far such process has not taken place, but expressed hope that it will be initiated in the near future.