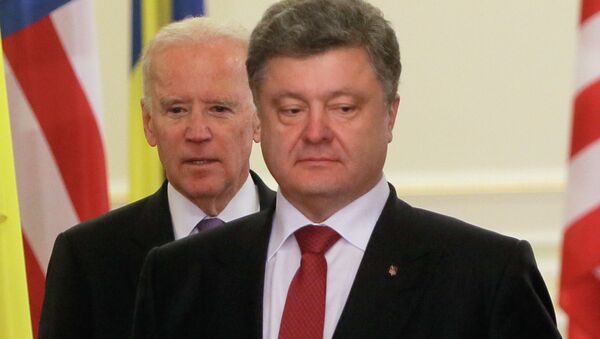 The White House is worried about a high level of corruption in Ukraine and worse of all by the fact that it isn't decreasing.

The United States told the Ukrainian government to fight against corruption more actively by carrying out anti-corruption reforms. Victoria Nuland, the Assistant Secretary for European and Eurasian Affairs at the US State Department, stressed that Ukraine must get rid of corruption, as it represents Viktor Yanukovych's "old system."

US Ambassador to Ukraine Geoffrey Pyatt also spoke against corruption: "There isn't a problem in Ukraine today that is a bigger threat to the long-term success of the country than legalized corruption."

Almost One Third of Ukrainians Want Corrupt Officials to be Executed
Last year, Ukraine was ranked 142nd (tied with Uganda and the Comoros Islands) on the list of the most corrupt countries in the world, conducted by Transparency International (TI). Corruption exists in many spheres of Ukrainian public services, but the most corrupt are the legal system, the police and the health services, as well as the parliament itself, according to TI.

Most of the reforms recently introduced in Ukraine at the request of international donors are not leading to any positive changes in the country since the authorities' dominant motivation in introducing the legislation was to get more money from the West.