Did a Robot Just Say ‘F**k You’ to BBC Anchors Live On-Air? 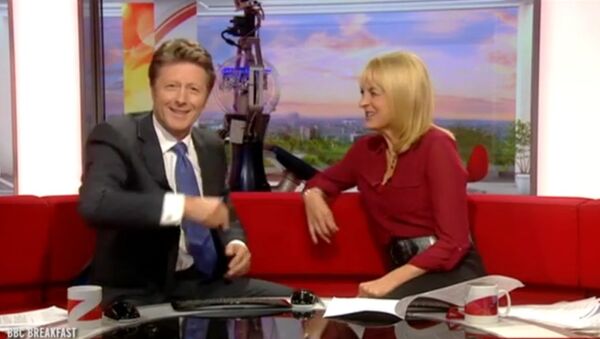 The hosts of a popular BBC morning show couldn’t have predicted the unexpected turn their show would take when a robot appeared on their live broadcast: “Linda” the bot’s brief visit to the studio had the hosts stumbling and TV viewers choking on their coffee.

Dawn of Artificial Intelligence: China to Test Exoskeletons
The episode of the BBC Breakfast morning program was coming to its end when hosts Charlie Stayt and Louise Minchin introduced “Linda,” an AI robot, to their audience.

But after Stayt thanked “Linda” for joining the show, the machine apparently responded with “F.ck you, Charlie! F.ck you Louise!”

It took a couple of seconds for Stayt to recover:

“‘Back in your box!’ I think, is the phrase that comes to mind!” he replied to the robot’s subsequent inquiry about a job.

“Linda” was evidently supposed to say “thank you,” but her salutation came off as considerably ruder.

BBC Breakfast, though, is not new to surprise foul language. 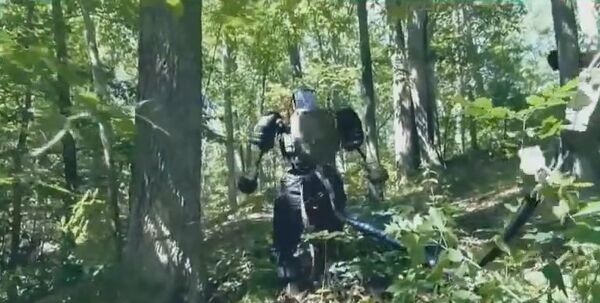 Atlas the Robot and His Adventures in the Wild
TV gardening host Alan Titchmarsh unabashedly used the ‘B-word’ live on-air when he visited the show in June.

The channel later apologized on behalf of Titchmarsh, but many thought the company looked even sillier than their guest. While it sounded like a cursing at first, the use of gardening term “bastard trenching” was later confirmed to be a non-issue.

Perhaps more comically was when the show’s host Bill Turnbull accidently said “c*nt” rather than “clients” while speaking about public health on BBC Breakfast.

Turnbull, who recently announced he’ll be leaving the show — probably coincidentally — managed to continue the broadcast without stumbling, but viewers likely couldn’t shake the idea that the anchor’s mind was on something other than work.