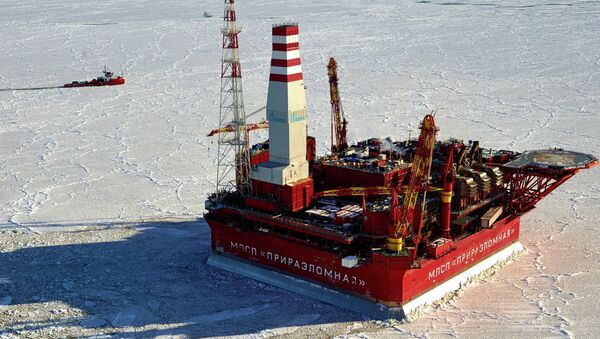 © Sputnik / Alexei Danichev
/
Go to the photo bank
Subscribe
Eight gas fields have been opened over the last 10 years on the Russian shelf.

Gazprom currently has 38 licenses for drilling near the Russian shelf.

The company said it expected Arctic shelf exploration to double the amount of oil and gas expected to be produced in its fields in the next 10 years.

"A large-scale geological survey has indicated a significant rise in [prospected] hydrocarbons in the coming 10 years. In the Okhotsk Sea, the resource base is predicted to expand by more than 1.5 times against the current balance. As for the Arctic shelf, the exploration has extended its resources by more than two times," Cherepanov said.

Gazprom plans to boost exploration in the Russian Arctic shelf by 2024, drilling over 50 exploration wells.

The Arctic shelf is believed to hold enormous deposits of oil and natural gas. Russia has laid claim to those regions within its offshore border areas, along with the four other Arctic nations – the United States, Canada, Norway and Denmark.