Edward Snowden Calls on UK Students to Rise Up Against Spying 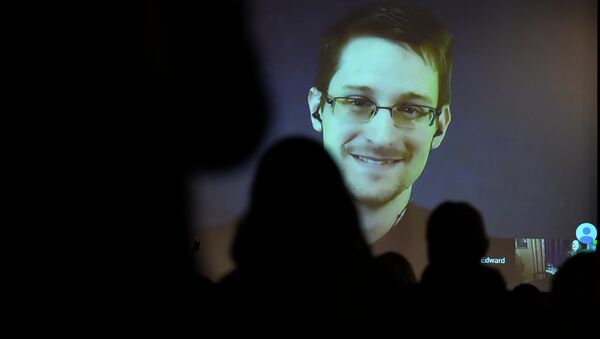 Snowden was speaking in his role as Rector of the University of Glasgow, at the opening of Freshers' Week, when new students arrive. He said:

"There are cynical people in government, in private society, in the press who argue that everything we do as civil society, a community, as an academic sector, as a common human family doesn't amount to much. We change things, but they're not so big. Reforms are made, but they aren't really determinative. I would argue that that is completely false," said Snowden.

"When we look at what's happened in the last two years alone within the United Kingdom, we see that there is a system of mass surveillance put upon the public without their knowledge, without their consent and overseen only by a secret court called the Investigatory Powers Tribunal (IPT) that in 15 years never ruled against the government a single time."

He was referring to the ruling by the IPT ruling of February 2015 that GCHQ's access to (and use of) private communications swept up in bulk by the National Security Agency (NSA) breached human rights laws.

A great Freshers Address from Edward Snowden, the uni's rector.

This was the first time in its 15-year history that the Investigatory Powers Tribunal (IPT) has ruled against an intelligence agency.

Snoopers' Charter on the Cards

However, David Cameron's government is set to introduce the Investigatory Powers Bill that will pave the way for legislation to give police and the security services far more wide-ranging capabilities. Also known as the Snoopers' Charter, the law would allow for the tracking of everyone's web and social media use, but would also strengthen the security services' powers for the bulk interception of the content of communications.

'Working together you can achieve things. But remember it's freshers' week so don't forget to have some fun' Snowden pic.twitter.com/S7hMcphHog

Snowden told students in Glasgow, via a satellite link from his temporary home in Moscow:

"You are increasingly having a say over the way your government operates and the boundaries, the limits of your rights."

"We can enforce human rights through new means, through the things we discover, through the ideas we generate, through the technologies we create, to reach out and provide people with new liberties beyond borders to which they have never been entitled before."

"We can create a freer and better world," he told the students.