Burning All the World's Fossil Fuels Will Melt the Antarctic – Study 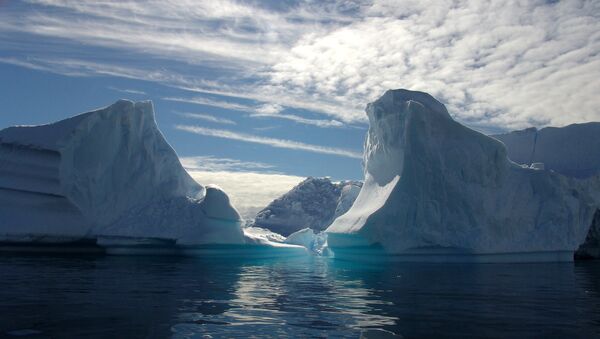 © Flickr / Horacio Lyon
Subscribe
A simulation of environmental processes found that if the CO2 from burning all fossil fuels contained in the Earth is released into the atmosphere, the Antarctic ice sheet will melt.

Russia to Boost Scientific Research in Arctic, Antarctic
If humans burn all the world's fossil fuels, we will melt the entire Antarctic ice sheet, the largest in the world, which stores water equivalent to 58 meters in global sea-level rise, according to a study carried out by climate scientists.

The scientists used numerical models to simulate scenarios of various levels of CO2 emission, from the release of 1,000 gigatons of carbon into the atmosphere, to 10,000 gigatons; to date, people have cumulatively emitted close to 600 gigatons.

Anti-Global Warming Crusader George Soros Invested Millions in Coal
If the target to limit the increase in Earth's surface temperature to two degrees is met, which corresponds to about 600 gigatons of additional carbon release compared to the year 2010, and about 1200 gigatons cumulatively since pre-industrial times, the sea-level rise of Antarctica over the next millennium could likely be restricted to two meters, the models show.

"In our simulations, this would keep the ice sheet below the threshold for the collapse of the Wilkes Basin," the largest marine-based drainage basin in East Antarctica, which would yield a global sea level rise of three to four meters.

The Wilkes Basin is subject to marine ice-sheet instability, in which ocean warming leads to greater melting beneath the ice shelf and a subsequent retreat of the grounding line, which separates the grounded ice sheet from the floating ice shelves; several regions in Antarctica are subject to the instability.

"However, if that threshold is crossed, the Antarctic ice cover is significantly reduced in thickness and area," continue the researchers, who explain that once a critical temperature is reached, marine ice sheet instability is compounded by a second self-reinforcing feedback, that of 'surface elevation feedback,' in which the lowered surface elevation of the melting ice exposes the ice again to warmer temperatures.

"In our simulations, the Wilkes grounding line retreats significantly under fossil fuel carbon emissions of 1000 gigatons or more. At this stage, corresponding to a peak warming of 2° to 3°C, both the West Antarctic Ice Sheet and the Wilkes Basin are experiencing rapid ice loss due to their instability, which manifests itself in a visible threshold in sea-level rise."

"Other marine-based drainage systems become unstable under higher emission scenarios, until most of the marine ice is eventually lost to the self-reinforcing feedback after about 2500 gigatons of cumulative carbon release."

According to the study, even moderate carbon releases could lead to sea level rises of five to ten meters, while burning all the carbon fuel resources currently attainable to humans would be sufficient to eliminate the Antarctic ice sheet, which holds water equivalent to 58 meters of sea-level rise, a far greater contribution to sea level rise than that of mountain glaciers or the Greenland Ice Sheet.

000000
Popular comments
Were have we heard that before? "American scientists" again perhaps?