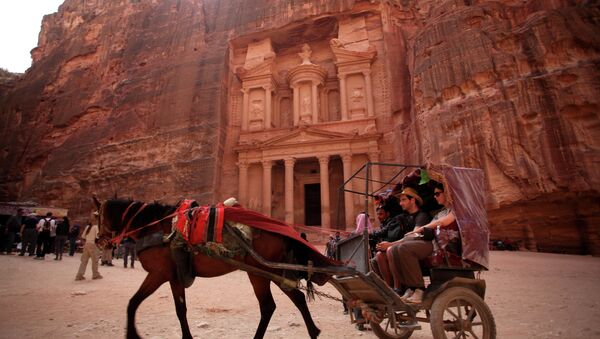 © AP Photo / Mohammad Hannon
Subscribe
A US evangelical group raised a tide of discontent in Jordan for using one of the new wonders of the world situated in the Arab country for promotion of an “Israel tour.”

The Great Wall: Israel to Build Security Fence on Border With Jordan
When one organizes a tour, studying cultural sites one is going to visit is as important as getting transportation and accommodation, especially when the Middle East is at stake. This was not the case with Precept Ministries International (PMI), a US evangelical group founded in Tennessee in 1970, which decided to organize a trip to the Holy Land next year.

The pilgrimage — which promises to “change your life and enrich your faith,” according to PMI’s website — mostly takes place in Israel, but also comprises a trip to Jordan’s most important — and one of world’s most spectacular — archeological sites, a rock-cut rose-red city Petra founded three centuries before our time.

wonderful… One Of The Seven Wonders Of The World — Petra, Jordan pic.twitter.com/xGoJaMbvBt

Not really thinking through, PMI put the historical site of Jordan under the name “Israel Tour” and used an image of Petra to promote the whole journey. The Arabic nation was more than irritated – Jordanians on social media gave a whole tidal wave of outraged comments.

@KayArthur This is Petra Jordan Not ISRAEL Respect our History Respect our Country #Visit_Jordan pic.twitter.com/l3DqfVVQFL

Moreover, the Royal Tourism Ministry of Jordan stated Tuesday it’s is studying a possibility of a lawsuit against the American evangelists for misusing Petra in their publications. 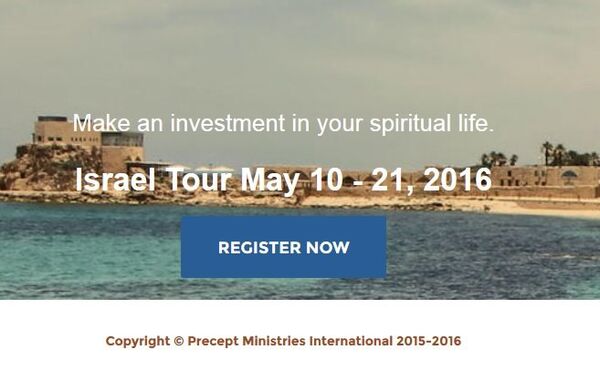 “Jordan is not an extension destination. We refuse to promote it this way. Jordan is an independent destination,” the ministry's secretary general, Issa Gammoh, told The Jordan Times.

By the time of this publication, PMI changed the title of the trip to The Holy Land Tour, although it still partly goes under the name of Israel. At least, Petra has now been removed from the front page of the tour.