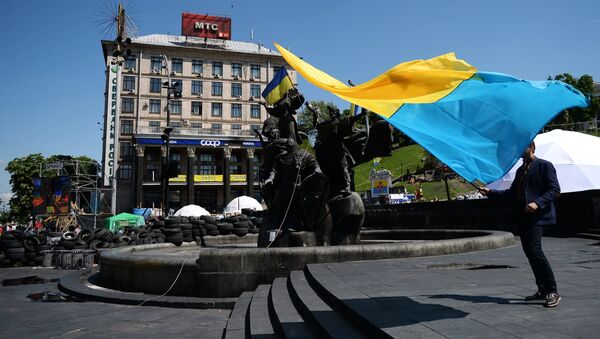 As the EU is battling a serious economic crisis and the US is focused on its Middle East policy, Kiev has practically no chance to receive financial and military aid from the West, Swedish economist Anders Aslund said.

EU Waking Up to Reality in Ukraine – Russian Envoy
Kiev cannot counter to receive financial and military aid from the European Union and US, Swedish economist Anders Aslund, a senior fellow at the Peterson Institute, told to Wirtschaftswoche.

"The peaceful process in Ukraine is doomed," Aslund said.

According to the economist, now the Ukrainian government is divided after the EU, headed by Germany and France, forced Kiev to sign the Minsk agreements and partially embrace Moscow’s stance on the conflict.

"Europe should forget the Minsk agreements," he said adding that the planned amendments to the Ukrainian constitution are impossible.

For Kiev, the top priority now is economic recovery. The disastrous economic situation forces Ukraine to seek advice and assistance from abroad. However, Brussels has not lifted a finger, Aslund said.

Apple of Discord: US, EU Split Over Future of Ukraine, Donbass Status
What is more, the EU has not yet expanded access to the European market for Ukrainian companies.

The EU is experiencing a serious economic downturn thus it cannot provide enough support to Kiev, the expert explained.

Vice President Joe Biden is in charge of Ukrainian affairs while Obama has focused on US foreign policy in the Middle East, the analyst underscored.