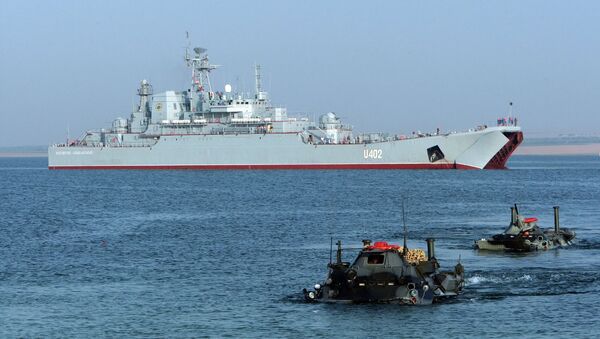 © Sputnik / Taras Litvinenko
/
Go to the photo bank
Subscribe
NATO is launching the “Sea Breeze” military maneuver in the Black Sea on Monday. Around 2,500 participants from ten NATO countries and Ukraine will take part in the training this year, making it the largest exercise in its history, DWN reported.

A study by British think tank ELN has recently warned that the current massive expansion of NATO and Russian military exercises could greatly increase the risk of an outbreak of war in Europe.

The exercises demonstrated certain patterns typical for the period of preparation for a direct confrontation.

The multinational "Sea Breeze" naval maneuvers will start on Monday in Ukraine in Odessa and Nikolayev in the northwestern Black Sea. The exercise designed to serve as "training of a multinational security operation in the crisis region" will last until September 12, Ukrainian agency Ukrinform reported.

NATO-Russia Relations Currently at Unsatisfactory Level - Merkel
This year's “Sea Breeze” exercise, with about 2,500 participants, will be the largest in its history.  Around 1,000 soldiers are reported to come from non-NATO member Ukraine and another 1,000 combatants — from the United States.