Dark Matter Could be Way More Complicated Than Scientists Thought 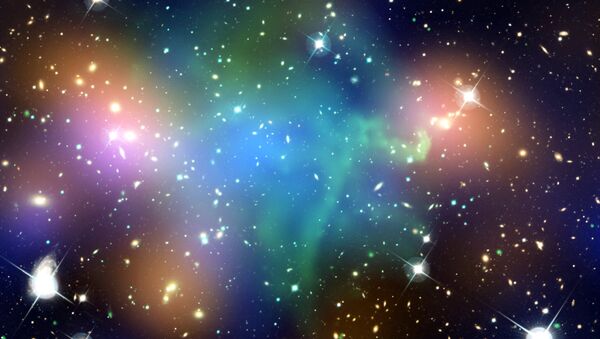 Dark matter, that mysterious mass that makes up the bulk of the universe, derives its name from the fact that scientists understand very little about it. But many experts suspect that the mysterious matter may be even more complex than we ever knew.

Despite the fact that dark matter makes up approximately 80% of the universe, we know astonishingly little about the mass. We’ve never even seen it; its existence is only hypothesized by our observations of dark matter’s effects on gravity.

"We are confident that it’s there, that is has mass, and that it tugs on itself and on other things via gravity," James Bullock, a professor of physics and astronomy at the University of California, Irvine, told Quanta Magazine.

Much of our ignorance stems from the fact that the studies of universe typically depend on our observation of light. Distant planets, for instance, are only observed when they pass between the observer and its host star.

Studying dark matter, which neither absorbs nor reflects light, becomes exponentially more difficult. Which isn’t to say scientists don’t have some ideas.

"First-guess models for what it is suggests that it is one particle that doesn’t really interact with much of anything," Bullock said. "Another possibility is this 80% of the universe is also complex. Maybe there’s something interesting going on in what’s called the dark sector."

To Infinity... And Beyond: NASA Set to Explore Distant Kuiper Belt Object

Researchers are beginning to probe these dark sectors – located primarily in the centers of galaxies – to observe dark matter’s effects on gravity. Observations are then compared with computer models to see which best fit the existing universe.

But the problem is: neither explanation entirely matches.

"At first it was thought maybe we’re interpreting the data wrong," Bullock said. "And now the question comes down to: Does galaxy formation eject dark matter somehow, or do we need to modify our understanding of dark matter?"

"Could it be," he added, "that these little discrepancies we’ve been seeing in the observational data are actually a clue that there’s something interesting and fun going on in the dark sector that we weren’t thinking about before?"

Bullock and his team have been running comparative models for years, and they’re still nowhere close to a concrete answer. That’s partly because dark matter’s nature makes it a bit of a cosmological chameleon.

"There’s all of this other annoying normal stuff that we have to think about, too," Bullock said. "Gas that can turn into stars – and some of those stars are going to be so massive that they blow up as supernovae. When they blow up as supernovae, they are effectively jostling the gravitational field around them, and this jostling can potentially move the dark matter around."

Bullock plans to continue his research, but his money is on the complex theory.