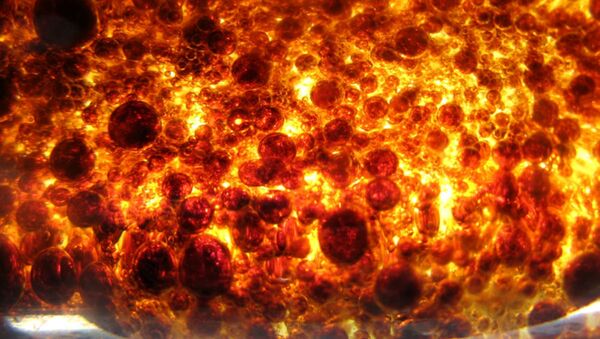 © Flickr / PROPhOtOnQuAnTiQuE
Subscribe
Operating out of a warehouse in South Los Angeles, a mysterious company may be close to cracking the secrets of fusion, an energy source with nearly unlimited potential.

Not much is known about Tri Alpha Energy Incorporated. Founded in 1998 by a pair of plasma physicists, the company has been quietly chipping away at the secrets of aneutronic fusion power. Having no official website or phone number, Tri Alpha only occasionally surfaces when it files for a new patent.

Those patents relate largely to perfecting the company’s colliding beam fusion reactor (CBFR). Creating – and controlling – the same force that powers the Sun is no easy task.

But Tri Alpha may have made a major breakthrough. Using a machine roughly the same size two large buses, scientists have managed to temporarily stabilize the super-heated plasma.

The machine works with the use of plasma guns mounted to opposite ends. Firing two beams of gas into each other at almost one million kilometers an hour, the resulting blob of plasma is held within a central chamber, heated to almost 10 million degrees Celsius.

The fusion of ions in that process converts mass into energy, creating fusion power.

Of course, with temperatures that high, the gas naturally burns through any kind of physical container. The future of fusion must rely on magnetic fields to keep the plasma suspended, and in previous tests, keeping that plasma blob from simply falling apart has proven difficult.

But this week, the team had a breakthrough, using angled particle beams to hold the plasma in place.

"In that regard, it’s a big deal. They seem to have found a way to tame it."

Of course, that plasma was only held in place for approximately five milliseconds. Still, that’s longer than any previous attempts, and it could have theoretically gone even longer if the machine had not run out of fuel.

The company’s next step is to maintain that stability longer. If successful, it could be a major sign of progress. While a number of experts in the field were beginning to consider that the hardware required to effectively create fusion power would far outweigh the benefits, Tri Alpha’s technology could do so in a practical, affordable manner.

We’re still a long way from being able to power an Iron Man suit, but limitless, affordable energy could be a major boon to humanity, and could one day be a reality.