Germany Can Integrate, Not Only Accomodate Refugees 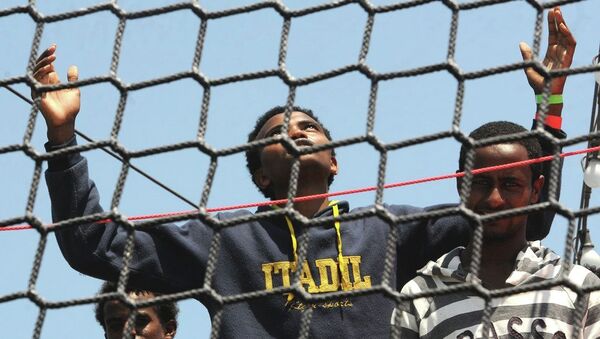 The German government is capable of integrating large numbers of refugees and asylum seekers into the country, instead of simply accommodating them, a managing director of Agisra, a counseling and support organization told Sputnik Monday.

MOSCOW (Sputnik), Daria Chernyshova — According to Behshid Najafi, the population in Germany is going down, and so "they need people, the children, so that they grow up in Germany and took the jobs.”

“If they want and give money – it is possible,” Najafi said, asked whether Germany can do more than simply accommodate, but also integrate, refugees.

Over the weekend, Germany saw right-wing demonstrations and acts of violence against refugees, including several incidents in which individuals expressing violent right-wing views attempted to destroy purpose-built refugee housing and shelters.

“Those are normal people living there who were just misled by the right-wingers, who are just criminals,” Najafi said about the protests.

The huge influx of refugees has prompted broad public debate in Germany. Some municipalities claim they do not have the resources to accommodate the refugees, while far-right extremists commit attacks on refugee shelters.

On Saturday and Sunday, a group of suspected fascist radicals clashed with police forces, protesting the opening of a new shelter for refugees in the eastern German town of Heidenau, leaving more than 30 police officers injured, according to the local media reports.