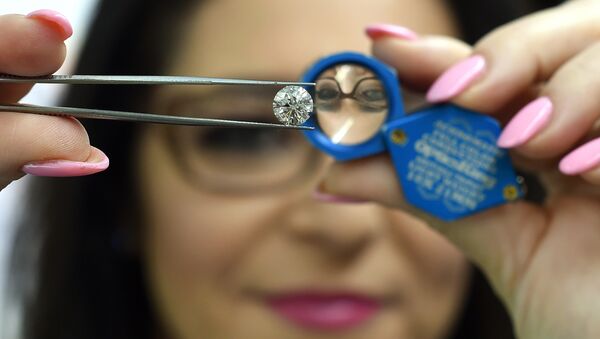 WASHINGTON (Sputnik) — The United States has imposed sanctions on Belgium-based diamond companies Badica and Kardiam for supporting armed groups in the Central African Republic (CAR), the US Treasury said in a press release on Friday.

“OFAC [Treasury’s Office of Foreign Assets Control] sanctioned CAR- and Belgium-based diamond companies BADICA and KARDIAM…for providing support to persons threatening the peace, security, or stability of the CAR through the illicit trade in natural resources,” the release read.

Badica, one of CAR’s largest diamond companies, bought the precious gems from Central African mines and smuggled them out of the country to be exported by its branch, Kardiam, in Belgium in violation of the Kimberley Process’ ban on diamond export from CAR, according to the release.

The company bribed local Seleka rebels, who are in control of mining areas, to assist in smuggling of the diamonds, according to the Treasury.

The United States has also sanctioned CAR militia leaders Alfred Yekatom, Habib Soussou, and Oumar Younous for heading groups that “threaten the peace, security, or stability of the country.”

New Type of Large Diamonds Found in Frozen Lava in Russia
The Treasury has frozen the sanctioned entities’ and individuals’ assets in the United States, as well as their assets under control of US persons, and has forbidden US citizens to engage in transactions with them.

000000
Popular comments
And when is the world going to impose sanctions on the u.s since they are the largest terrorist loving and tranning country?