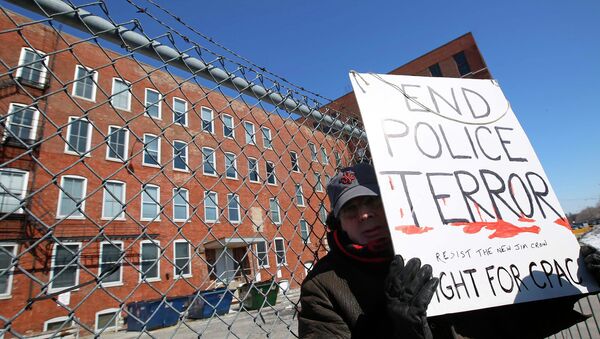 Advocacy group Communities United Against Police Brutality President Michelle Gross claims that the existence of the illegal detention center in Chicago’s Homan Square reveals the growth of a secret police state within the United States.

“The existence and activities of Homan Square are part of the growing police state in the United States, and should be a cause for concern for all police accountability activists across the country,” Gross said.

On August 5, 2015, the British newspaper The Guardian documented that at least 3,500 people have been detained at the Homan Square facility where their human rights were violated. The Chicago Police Department has denied charges it has violated the law.

Discovery of CIA Black Site Photos May Delay Trials of Terror Suspects
Gross, however, argued that police throughout the United States have used tactics similar to those at Homan Square to detain people against their will in order to extract information, or to force detainees to admit to charges they were innocent of.

“We must demand the immediate closure of Homan Square and similar sites with full respect for the rights of detainees in all facilities, including prompt access to attorneys and to proper conditions during detention,” Gross said.

The Homan Square site first came to public attention in February 2015. Detained suspects previously told Sputnik they were tortured at the interrogation facility, and were routinely denied due legal process or medical treatment.

“These strike forces continue to be used in other communities around the country to harass and intimidate largely young men of color,” Gross said. “Homan Square is an extension of this tactic.”

Gross said police strike forces to combat street gangs and drug traffickers evolved from indiscriminate search and seizure operations against US citizens’ homes followed by the detention of suspects to gather information.

She said these forces eventually disbanded in the US state of Minnesota, where her group is based, but they continue to operate in other states.