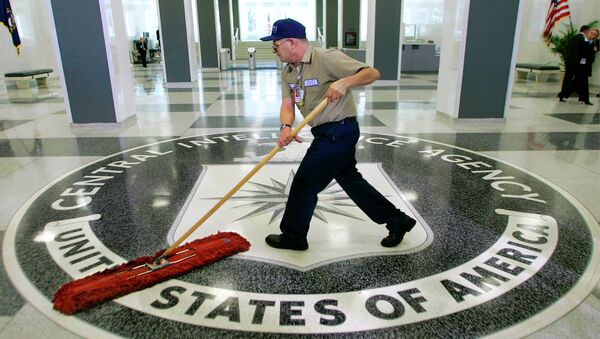 Revelations of photographic images of CIA black sites, which came to light through a Senate Investigation into the agencies’ interrogation program, are likely to delay military commissions going on at Guantanamo Bay, Cuba, as government officials analyze about 14,000 photographs.

Poles Feel Betrayed Over Illegal CIA Torture at Remote Black Site
At the prison, Khalid Sheik Mohammed and four other defendants accused of orchestrating the Sept. 11, 2001, attacks are facing the death penalty. Abd al-Rahim al-Nashiricould also faces the death penalty for his alleged involvement in the 2000 attack on the USS Cole. Their attorneys are now demanding the government turn over all the images.

“If the government does provide these photos to the defense — which is still an ‘if’ at this point — it would be better late than never,” said Air Force Capt. Michael Schwartz, a military attorney for Waleed bin Attash, one of the five defendants in the 9/11 case. “Receiving an important discovery like this so far into the case is going to further delay this trial.”

The case against the alleged organizers of the 9/11 attacks opened in 2008 under the Bush administration. President Obama then abandoned the case in favor of leaving it to a planned trial in federal court in New York. After that effort failed, the case returned to military hands in 2011.

Most of the images portray inside and outside shots of the “black sites.” Some photos revealed naked prisoners being transported to different facilities, according to a U.S. official who spoke on condition of anonymity due to the classified nature of the case.