US Puts Up $500K to Fight Russian Media in Baltics 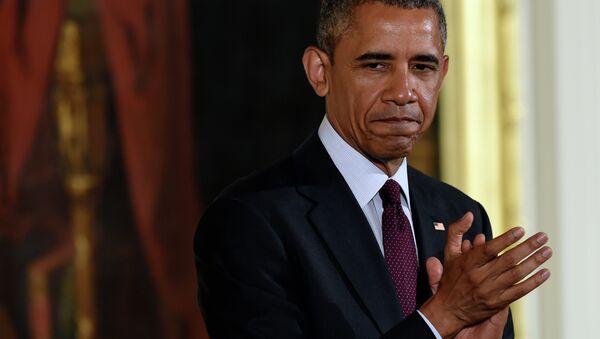 The US is launching a twelve-month project for Russian-speaking journalists in the Baltic countries, investing significant money to directly counter Russian media's "messaging and misinformation" in Eastern Europe.

Why Neocons Want Putin to Invade the Baltics
The US Embassy in Lithuania has offered a grant worth of $500,000 to journalists, fluent in Russian, in the Baltic states, Izvestia reported.

The project, entitled "Investigative Journalism Training to Counter Russian Messaging in the Baltics," is set to be ready by November, 30, 2016. The main goals of the project are to prepare reporters, who will hamper the work of Russian-language media outlets in Europe, and to develop a 'train-the-trainer' capability, which is believed to prolong the educational effects by the end of the funding, according to US Embassy statement.

The project aims to attract early and mid-career journalists as well as other media experts from Russia's periphery. US Embassy representatives in Vilnius will coordinate the project. During the training, those going through the program will take part in professional workshops in all Baltic countries and also travel to the US to visit American newsrooms and journalism schools, media reports. Applicants are promised to be paid according to their academic achievements.

The official statement reads that US State Department intends to create a steady network connecting the program's graduates both among three Baltic countries and with their American mentors for source and audience development.

"The fierce discussions are being held in West over its information war loss <…> there were suggestions to fund the creating of Russian-language media to fight against Russian information channels. This project has been set up in the context of such discussions," Andranik Mygranyan, political scientist, told Izvestia.

The spokesperson of US Embassy in Lithuania refused to comment on the launch of the project.