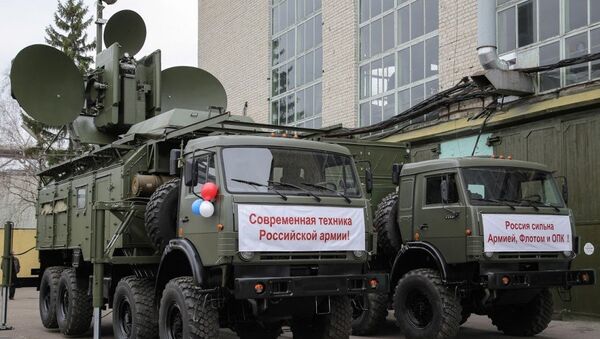 Russia’s electronic jamming capability is way better than America’s and can inflict extensive damage to the US armed forces, US defense analysts admitted earlier this week.

Pentagon: We Are Losing Electronic Warfare Dominance
“No Americans have been under Russian artillery or rocket fire, or significant Russian electronic warfare, jamming or collecting,” Lt. Gen. Ben Hodges, the commander of the US Army Europe, told the Defense News portal.

Top US and NATO officials have confirmed that Russia has extensive capabilities to shut down enemy communications.

Russia maintains an ability to destroy command-and-control networks by jamming radio communications, radars and GPS signals, according to Laurie Buckhout, former chief of the US Army's electronic warfare division.

In contrast with the US, Russia has large units dedicated to electronic warfare, known as EW, which it dedicates to ground electronic attack, jamming communications, radar and command-and-control nets, he added.

On 10 April 2014, the USS Donald Cook entered the Black Sea, and two days later a Russian SU-24 tactical bomber flew over the vessel triggering an incident that, according to several media reports, completely demoralized its crew.

As the Russian jet approached the US vessel, its electronic device disabled all radars, control circuits, systems, information transmission, etc. on board the US destroyer.

In other words, the all-powerful Aegis system, now hooked up with the defense systems installed on NATO’s most modern ships, was shut down, just like turning off a TV set with a remote control.

The Russian SU-24 then simulated a missile attack against the US ship, which was left literally deaf and blind in the water.