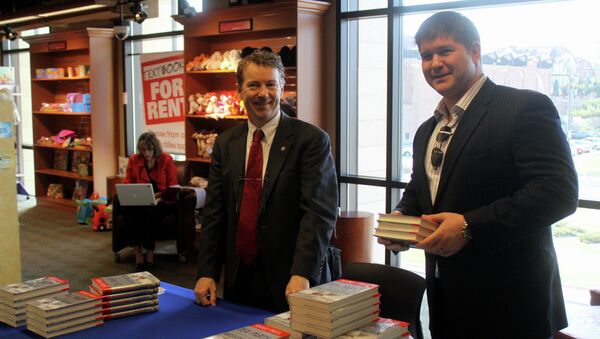 Only one day before the first of the Republican primary debates, the heads of Rand Paul’s main super PAC have been indicted on charges of conspiracy. Embroiling the husband of Ron Paul’s granddaughter, the elder Paul alleges the charges are part of a government plot to discredit his son’s campaign.

In 2014, Iowa lawmaker Kent Sorenson pleaded guilty to being involved in a pay-for-endorsement scheme during Ron Paul’s 2012 president campaign. According to Sorenson, he was secretly paid $73,000 to endorse the Paul candidacy.

According to the US Department of Justice, those payments came in monthly $8,000 installments and were listed as "campaign-related audio-visual expenditures" to avoid scrutiny.

While federal prosecutors admitted that Paul had no knowledge of the transactions, the scandal has come back to embroil two people behind America’s Liberty PAC. John Tate, the PAC’s founder, and Jesse Benton, husband of Ron Paul’s granddaughter and current head of America’s Liberty, have been indicted on six charges – including conspiracy – related to the Sorenson affair.

That PAC is currently one of the main backers for Rand Paul’s current presidential campaign.

Benton worked as Ron Paul’s campaign chairman at the time of the scandal, and the indictment alleges that Benton lied under oath about his involvement in and knowledge of the payments.

According to the DOJ, Benton lied to the FBI during their 2014 investigation.

"I’m not splitting hairs," Benton said, "Sorenson was not getting paid."

The Paul campaign, however, has called the timing of the indictment into question.

"Senator Rand Paul is disappointed that the Obama justice department chose to release this just prior to the highly anticipated first Republican presidential debate," said an anonymous campaign spokesman, according to Politico.

"It certainly appears suspiciously timed and possibly, politically motivated. Additionally, these actions are from 2012 and have nothing to do with our campaign."

Former presidential candidate Ron Paul has also weighed in on the decision, also raising doubts about the timing.

"I am extremely disappointed in the government’s decision," Paul said in a statement. "I think the timing of this indictment is highly suspicious, given the fact that the first primary debate is tomorrow. My thoughts and prayers are with the families of those involved. I will not be commenting further on this matter at this time."

Of course, given that the latest polls show Rand Paul pulling in only 4.8% of the vote, a government sabotage doesn’t seem like it would be entirely necessary.

In addition to Benton and Tate, the indictment also includes Dimitrios Kesari, a deputy national campaign manager during Ron Paul’s 2012 campaign. They faced charges of "conspiracy, causing false records to obstruct a contemplated investigation, causing the submission of false campaign expenditure reports to the Federal Election Commission (FEC) and engaging in a scheme to make false statements to the FEC."