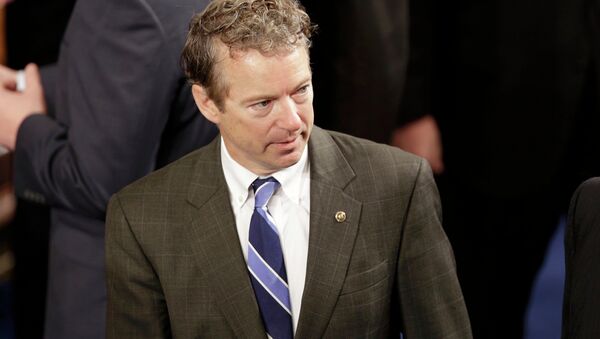 US Senator Rand Paul’s first state visit if elected president in 2016 will be to Russia or China, one of the major Republican candidates said during the forum preceding 12 official debates.

WASHINGTON (Sputnik) – The GOP senator from Kentucky was joined by 16 major and minor Republicans who had thrown their hats in the race.

Multibillion real estate mogul Donald Trump, who leads all Republicans in the polls, was not included in the Voters First Forum.

"As far as the first country I will travel to… I would say either China or Russia," Paul said at the Voters First Forum in New Hampshire via teleconference on Monday.

Paul stressed it is important for the United States to "engage with the world."

The first sanctioned Republican debate is scheduled for Thursday.